1. Furries, in their annual summer pilgrimage to Anthrocon, have taken over Downtown Pittsburgh again. “I’ve been going to [Anthrocon] for as long as it’s been in Pittsburgh,” a "fursona" named Tanuki said. “Everyone is so cool. … Pittsburgh treats us like royalty.” See more photos.


2. Donald Trump, the presumptive Republican presidential nominee, visited small-town Pennsylvania this week, promising to renegotiate NAFTA, put a stop to the TPP, and bring back steel to Western Pa. “We need to make America independent once more,” said Trump in his notably scripted, focused speech from Monessen, Pa.

Photo by Rebecca Nuttall
3. Gun-reform legislation was the subject of a local press conference this week. The event, attended by Mayor Bill Peduto, Pittsburgh City Council President Bruce Kraus, U.S. Congressman Mike Doyle, gun-violence victims and representatives from gun-reform organization CeaseFire PA, aimed to carry the momentum created by the U.S. House Democrats recent sit-in. "[Your representatives] need to hear from you. If you live in their districts, you need to call them on the phone and say 'We want you to vote; we want a vote on gun control,'" Doyle told the crowd. Last week the Pennsylvania Supreme Court struck down a state law that pre-empted municipalities' local gun laws, allowing the NRA to sue. 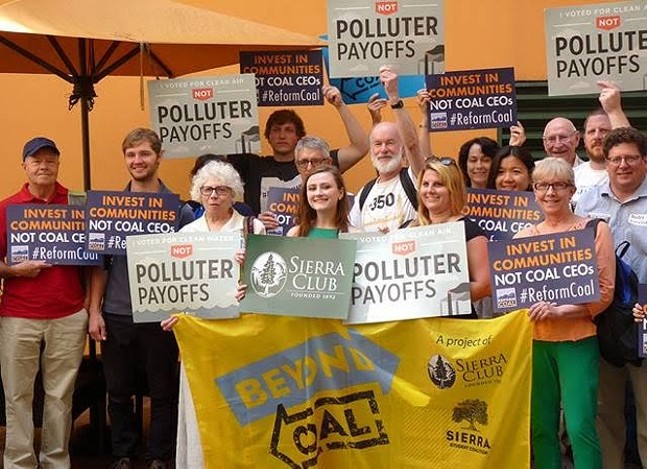 Photo by Rebecca Nuttall
4. Protesters against coal rallied outside of a Bureau of Land Management's Pittsburgh hearing on the future of mining on public lands. The hearing was one of six around the nation; the bureau manages 570 million acres of publicly owned coal-mining fields. "These lands need to be managed and are managed under law for multiple use. That's parks, wildlife, recreation, extractive uses — oil, gas, coal-mining — and grazing. But there isn't supposed to be undue degradation," said Jim Lyon, vice president for conservation policy for the National Wildlife Federation, at the rally.


5. In honor of Amusement Ride Safety Week, Pa. Secretary of Agriculture Russell C. Redding took in some quality riding time at Kennywood Park. According to the Pa. Department of Agriculture, which oversees amusement park safety in the state, 70 percent of injuries that occur on rides result from rider error. "As everybody is rushing to their favorite amusement park and thinking about fun, we also want them to think about safety," Redding said during a press conference at the park.

On our Sound Bite podcast:

Do you like pets? So do we. That's why we've devoted an entire issue to Pittsburgh pets, their quirky owners and fun animal-focused events and locations. Here are a few highlights: 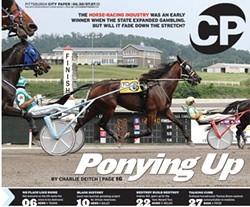 On July 1, 2010, Charlie Deitch looked at how the racing business was booming at Meadows Casino. This story examined not only the resurgence of the industry but also the need for it to begin attracting regular fans to make the industry self-supporting. While racing prizes increased, the amount wagered by gamblers has steadily decreased along with the fan base, and that has made for an uncertain future. As Daniel Tufano of the Pennsylvania State Horse Racing Commission put it, “If we don’t start appealing to a younger demographic, this sport is going to die through attrition.” Read more about this week in City Paper history.