The so-called furries — people dressed as anthropomorphized animal characters — celebrated the 20th anniversary of Anthrocon in style on Saturday afternoon, as more than 1,000 participants showed off their fursuits to the public during the annual Fursuit Parade held outside of the David L. Lawrence Convention Center.

Crowds gathered along the street holding "I <3 Anthrocon" signs, while furries held signs of their own including, "HOWLING IS NOT A CRIME!" and gave lots of excited kids plenty of high fives. Check out our photo slideshow of the festivities below. 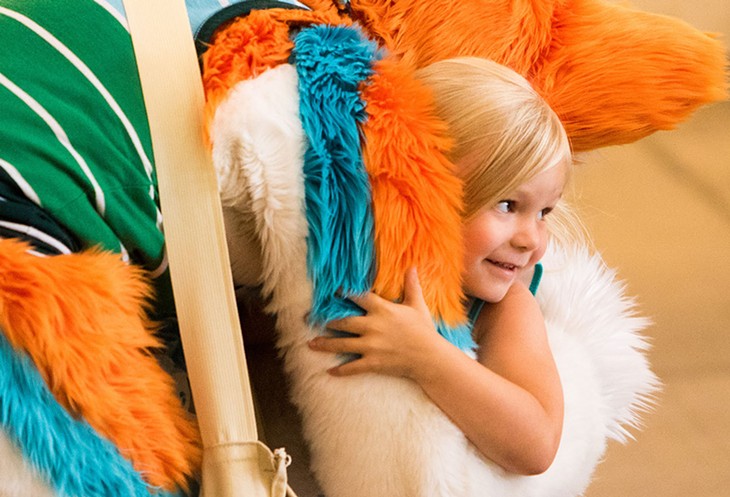