Activists call for coal reform at federal hearing in Pittsburgh 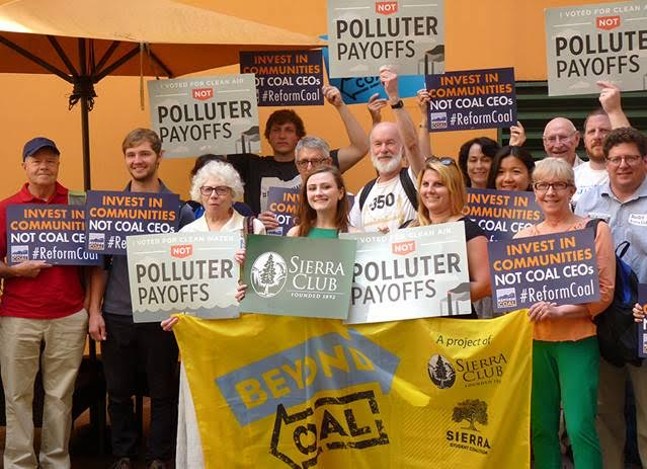 Photo by Rebecca Addison
Activists are calling for coal reform
Pastor Mitch Hescox says there isn't much he agrees with Democrats on: He's pro-life and a Republican. But when it comes to the coal industry, Hescox, the president of The Evangelical Environmental Network, says the United States is in desperate need of reform.

"Coal companies and coal utilities have maximized their profits while the cost of using coal-powered electricity has been borne in the lungs, in the hearts, in the minds of our children," Hescox said at a rally Downtown earlier today. "Here in Pennsylvania, I represent over 75,000 pro-life Christians who are pleading for clean-energy reforms."

Today's rally, hosted by the Sierra Club in a conference room of the Courtyard Marriot, coincided with a Bureau of Land Management hearing on the future of the coal industry. BLM is in charge of leasing 570 million acres of publicly owned coal-mining fields.

"There are [hundreds of millions] of acres of public lands nationwide. Every state in the union has them, and every person who is a citizen of the union owns them," said Jim Lyon, vice president for conservation policy for the National Wildlife Federation. "These lands need to be managed and are managed under law for multiple use. That's parks, wildlife, recreation, extractive uses — oil, gas, coal-mining, and grazing. But there isn't supposed to be undue degradation."

According to NWF, 40 percent of annual coal production comes from publicly owned lands. The organization says that leasing public lands for coal production undermines other efforts to combat climate change because the federal government has approved coal leases equal to the amount of carbon pollution from approximately 280 power plants.

In addition to the coal industry's impact on climate change, speakers at the rally also talked about the negative health effects of coal-mining.

"At every stage of the coal life-cycle, there's impacts to human health. The pollution from the burning and the mining of coal and the power plants has even a greater impact on children, [who] are our vulnerable population," said Patrice Tomcik, field organizer for Moms Clean Air Force. "Developing babies and children are vulnerable because they have vital systems that are not mature and are still developing. The lungs and brain actually continue to develop well into the earlier 20s, and exposure to harmful pollution can damage these organs that are very susceptible."

Today's hearing is one of six being held throughout the country as part of BLM's comprehensive review of the federal coal program. According to BLM, the review will consider "whether Americans are receiving a fair return for federal coal, how market conditions affect coal, how federal coal affects the environment, and how these and other factors impact coal-dependent communities." 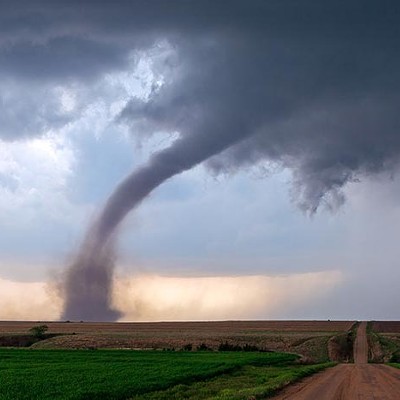