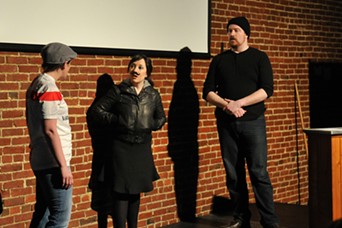 Tickets are $10, with two exceptions. Sketchville: After Dark, a surreal show at midnight Friday, costs only $5. And the 6 p.m. Saturday show, Sketchville: Beta Stage, is also $5 and will skew experimental.