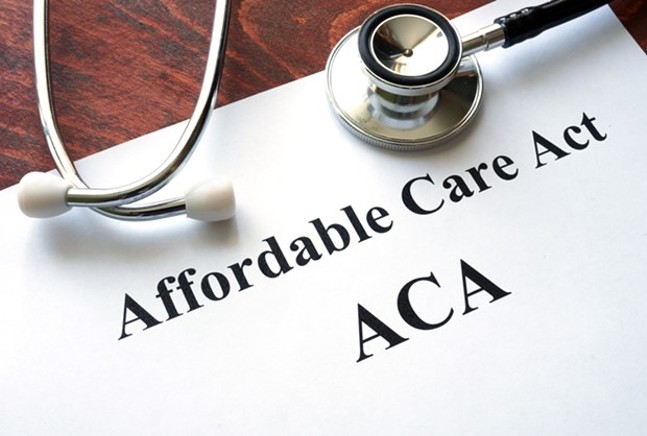 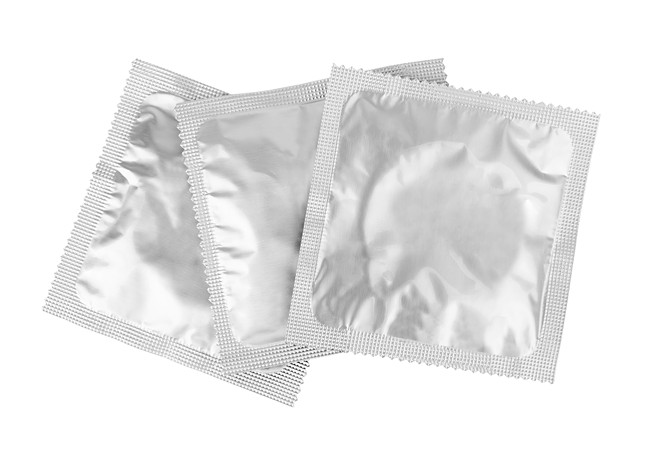 Today we had to make the very difficult decision to part ways with our editor, Charlie Deitch.

Charlie has served Pittsburgh City Paper and the people of Pittsburgh incredibly well in his tenure here and oversaw many positive changes at City Paper, including our newest redesign.

We are very excited for the future of CP and feel like we have a team in place that will help to move CP into a future where we can encompass all of Pittsburgh, with a renewed focus on neighborhoods, the arts, food and drink, and of course, local news.

Change is always difficult, and this was a difficult day. We are committed to the employees of CP, who work hard every day to put together a publication that we can all be proud of.

We wish Charlie nothing but the best in his future endeavors.

We are excited to announce that Rob Rossi will now be joining us as Editor of City Paper. Rob has been a Pittsburgh media staple for years and brings a wealth of knowledge and experience to the role. We look forward to Rob’s introduction to you in the next few days, and we are excited for you to all be a part of the City Paper’s bright future. 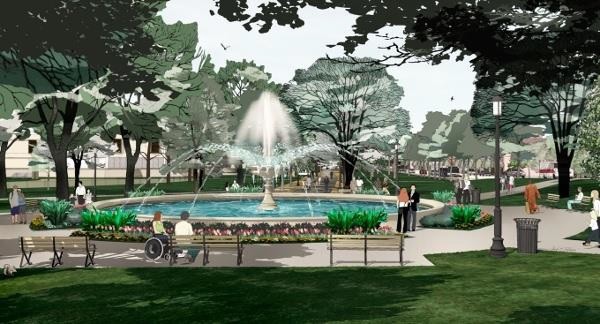 But things are looking up for the park. On April 19, the Pittsburgh Parks Conservancy broke ground on a new fountain project in the northeast corner of the park. According to a press release, “the new fountain will mirror its original 19th century design and will include a 50-foot circular stone basin, a one-foot rim of heavy cut stone, a large Grecian vase in the center, a tall principal [water] jet and 16 smaller [water] jets.” 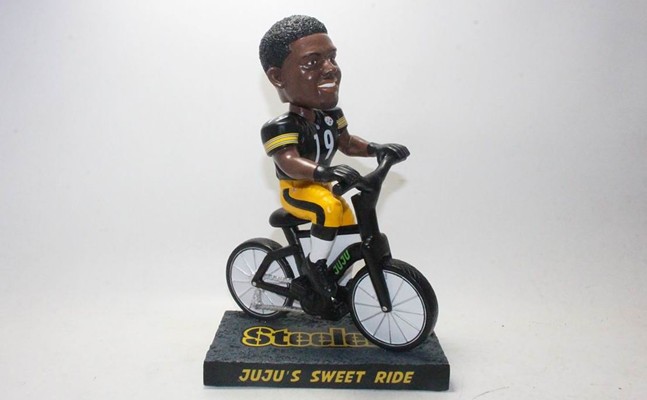 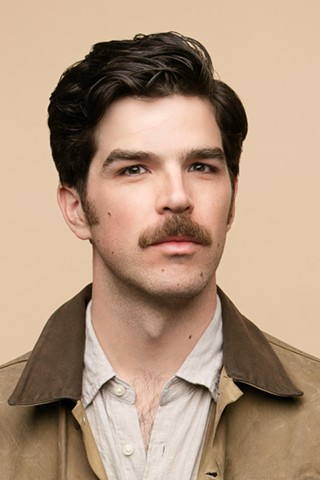 No one understands the difference between immigration myths and facts better than author Francisco Cantú. Cantú worked as a U.S. Customs and Border Protection agent from 2008 to 2012. He patrolled the U.S.-Mexico border, and also grew up near the border while his mother worked at National Parks in the Southwest.

He wrote a memoir about his experience as a border-patrol agent called The Line Becomes a River. Cantú studied international relations in college, and he describes in the book how he wanted to join the border patrol so he could experience the actual border, instead of just studying theory in the classroom.

The book has received praise from critics across the country for its authentic portrayal of law-enforcement officers and undocumented immigrants. Cantú will be at the City of Asylum bookstore at Alphabet City, in the North Side, on Feb. 17 for a free reading of his new book.

Pittsburgh’s frozen rivers will stick around despite warming temperatures 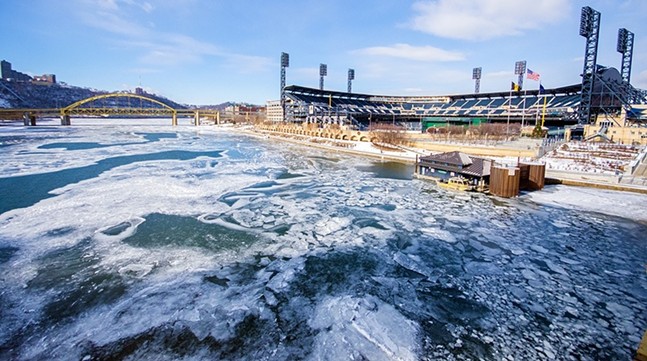 CP photo by Jake Mysliwczyk
The frozen Allegheny River near PNC Park in Pittsburgh
It takes a lot of cold to freeze one river, let alone three. But the frigid temperatures that have hung over Pittsburgh for the last couple weeks have accomplished just that. Many sections of the Allegheny, Monongahela and Ohio rivers have accumulated inches of ice. (Check out this week's City Paper out Jan. 10 for more spectacular images of our iced-over rivers.) 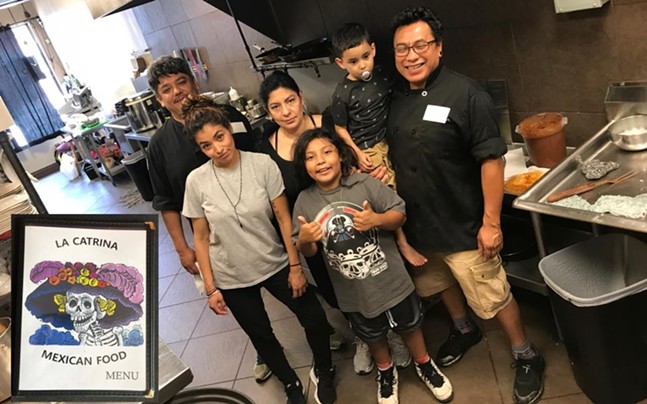 Photo courtesy of Demtrio Aragon
Demetrio Aragon (right) and his family inside the La Catrina kitchen
In May 2016, City Paper reported about the economic revitalization of Pittsburgh’s Beechview neighborhood and the role Latino residents were playing. The South Hills neighborhood had been marked by several vacancies in its business district for decades, but over the last few years, Latino entrepreneurs have been opening up restaurants and other businesses, bringing vitality back to the neighborhood.

Recently, La Catrina, a new Mexican restaurant joined the ranks, and the owners are looking for a little help so they can improve their operations and offerings. Demetrio Aragon and his family have lived in the Pittsburgh area since 2000. Aragon worked in Japanese restaurants until one day his wife convinced him that the family should open up a restaurant to serve the traditional Mexican dishes they had trouble finding in Pittsburgh.

“My wife, it was her idea,” says Aragon. “She saw the Hispanic population growing, and that there was a need for real food. We serve sopes, and tamales, but not like some I see here that are served unwrapped. We wrap ours up [in a corn husk]. That is the way it is supposed to be done.”

Aragon says the restaurant, which occupies a space across the street from the IGA/Las Palmas grocery store on Broadway Avenue, has been open for more than three months, but the place still needs a griddle, refrigerator and mixer to become fully functional. Aragon, with help from the Beechview-based Pittsburgh Hispanic Development Corporation, is trying to secure a crowd-sourced loan through kiva.org. As of print, La Catrina’s loan is 94 percent funded with only $550 left to reach its $10,000 goal, with only three days remaining to contribute.

“We just need some equipment,” says Aragon. “It’s just me and my wife and daughters. We don’t have investors.”

Ashleigh Deemer, chief of staff to Pittsburgh City Councilor Natalia Rudiak, wrote in an email to CP that La Catrina deserves a little support, so that Beechview can continue to grow economically. "Beechview has been a hidden gem for years, but Broadway Avenue's small-business culture is really taking off, and La Catrina is a perfect destination for anyone who wants to visit and see all Beechview has to offer," she wrote.

Aragon and his family live in Dormont, but choose Beechview to cater to the neighborhood’s growing Latino population. Aragon is from the Álvaro Obregón district of Mexico City (the same district as deported immigrant-rights activist Martín Esquivel-Hernandez), and he says there is a big opportunity in Pittsburgh for ultra-authentic Mexican food because there aren’t many authentic Mexican restaurants.

La Catrina specializes in many hard-to-find Mexican recipes, all crafted by Aragon’s wife, Angelica. La Catrina offers chilaquiles (deep-fried tortillas bathed in chili sauce), lamb barbacoa (and a soup made from all the lamb’s juices), and sopes (a corn masa dumpling typically topped with slow-cooked meats, lettuce and avocado).

Aragon says that all of La Catrina's traditional Mexican recipes are made from scratch, including all of the chili sauces that covers most dishes. La Catrina offers Tex-Mex food as well, but not all of those items are scratch-made.

Aragon says that La Catrina's clientele has mostly been Latinos looking for a taste of home, but many native-born Americans have also eaten there. He hopes that La Catrina will be a restaurant welcoming to everyone.