If you want to see this show by the Carnegie Mellon alums of PigPen Theatre, you'd better hurry: As of this writing, only one of the four remaining performances has tickets left. 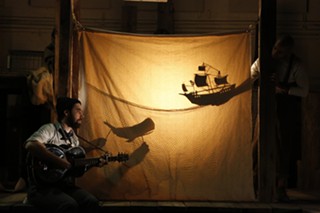 Photo courtesy of Joan Marcus
Shadow puppetry in "The Old Man and the Old Moon"
The Old Man and the Old Moon, which premiered off-Broadway a few years back, is a play with music in the form of a folk tale. On a stage that appears scavenged from a dry-goods warehouse abandoned in 1906, the seven youthful performers play a variety of roles, as well as various acoustic instruments, to tell the story of the titular old man on an epic, seafaring quest for his missing wife. Shadow puppets are also involved, and all the sound effects are created live.

It's almost aggressively folksy — the actors speak in vaguely Anglo-Irish accents — but so cleverly written, earnestly performed, and sharply directed (by PigPen and Stuart Carden) that it's likely to win you over. It certainly did CP's reviewer, Stuart Sheppard, whose take you can find here.

And it's enough of a hit that the only performance with tickets remaining before the production closes this weekend is the 5:30 p.m. Sat., Dec. 2, show.

City Theatre is located at 1300 Bingham St., on the South Side.

By the way, PigPen also tours as a band, and if you want to see them that in that incarnation, they'll be right around the corner at Club Cafe on Monday night, ticket info here. 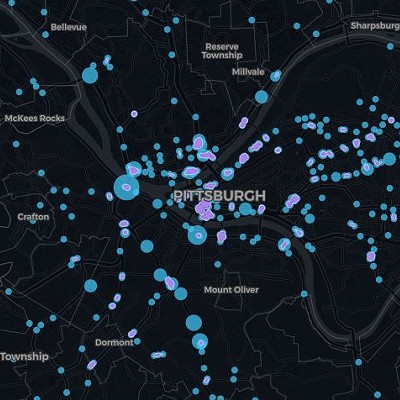