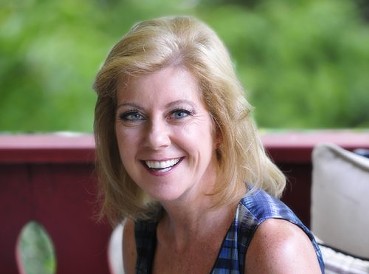 Photo courtesy of Prizio campaign
Anita Prizio
On July 5, Allegheny County Council passed an ordinance mandating that toddlers be given blood tests to check for lead poisoning. The county’s health director, Karen Hacker, said in a May Pittsburgh Post-Gazette article that universal childhood lead testing is necessary in Allegheny County because of lead-paint issues in its aging homes and elevated lead levels in the water supply. (It should be noted that Pittsburgh announced testing results on July 18 that comply with the U.S. Environmental Protection Agency standards, but many consider those standards outdated.)

“I think it is a good start for sure, but it is not a systemic approach to the problem,” says Prizio, who previously served as a council member in O’Hara. “It feels like a political solution. It is not just toddlers. We have to look at pregnant women, and any people that want testing should get testing.”

Prizio says county council should join the lobbying efforts to pass state Sen. Wayne Fontana's bills in the state legislature that would allow public-utility companies to replace the private sections of water lines and provide utility companies some state funding to do so. She also believes county funds, like money from the Gaming and Economic Development Fund, can be used in part to create a more comprehensive lead-water plan.

Pittsburgh City Council is currently working on legislation to tackle the problems at Pittsburgh Water and Sewer Authority, but Allegheny County is home to 41 other public water-utility companies, and many of them could also use help in lowering their lead levels. For example, a 2016 water-quality report from the city of Duquesne shows it too had some lead-contamination levels of 15 parts per billion, the same as PWSA.

Prizio was a delegate for then-presidential candidate Bernie Sanders during the Democratic National Convention in Philadelphia last year and has been endorsed for her county-council race by the Pittsburgh chapter of the Democratic Socialists of America. Her opinion on how Allegheny County should address its lead problems runs in stark contrast to her 2017 general election opponent, incumbent county Councilor Ed Kress (R-Shaler).

Kress was only one of two dissenting votes against the county’s toddler lead-testing ordinance and told TribLive that the government shouldn’t mandate any kind of testing.

“If you think your child needs to be tested for lead, test them,” said Kress to TribLive on July 5. “I think it should be left to the doctor and the parent.”

Prizio says she understands Kress’ vote is a way to defend constituents' private decisions, but was critical of him since Kress never offered up any alternative solutions to address the county’s lead issues.

Allegheny County Executive Rich Fitzgerald signed the lead-testing ordinance into law on July 6; it law should go into effect on Jan. 1, 2018.