Many Pittsburghers oppose privatization of the city’s water system

“We don’t think any level of privatization, whether that’s full privatization or public-private partnership, are the answer to PWSA’s problems.” 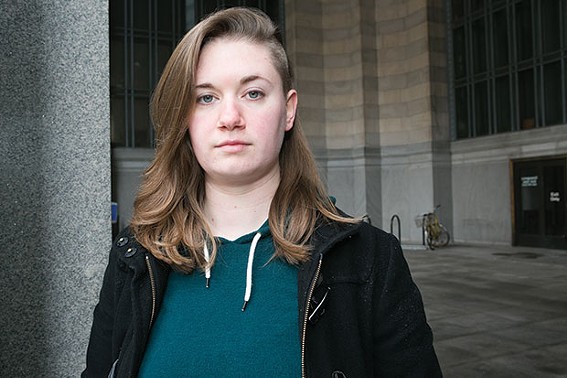 Almost two years ago to the day, Pittsburgh City Paper published a story about Pittsburgh Water and Sewer Authority customers who were having trouble with their bills. In some cases, customers had not received a bill for months, and in other cases, the customers claimed their bills were wildly inaccurate.

But this was just the tip of the iceberg of the authority’s problems. The following year, the city would learn of a more devastating crisis impacting PWSA customers: high lead levels in Pittsburgh’s water.

Over the past two years, PWSA customers have muddled through one issue after another: poor customer service, faulty water meters, slow lead-testing results. But last month marked the last straw for many after the authority issued a flush-and-boil advisory amidst concerns of possible contamination.

“The City of Pittsburgh owns the water and sewer system that was leased to the PWSA decades ago. It’s time to reevaluate this structure,” Pittsburgh Mayor Bill Peduto said in a statement issued two days after the advisory. “After systemic problems with inadequate billing, lead in our service lines, and this week’s flush-and-boil water advisory, the City has the duty to find new ways to improve our water services, and create the safe, effective and sustainable water authority our residents deserve.”

As the city looks into restructuring its water system, the option of privatization has been raised. While Mayor Peduto says he will not fully privatize the authority, a public-private partnership is on the table.

Privatizing water systems has become a contentious issue across the country, and Pittsburgh is the latest city to enter the fray. While national organizations tout the pros and cons of full privatization or public-private partnerships, local municipalities are left to sort through the rhetoric to determine what is best for their citizens.

“This is very early in the discussion, so I don’t think any of us have fully explored what either option would mean, and are all trying to do fact-finding,” says Pittsburgh City Councilor Deb Gross, who also serves on PWSA’s board of directors. “We want to hear from the public. It is currently the people’s water and sewer authority, so as council members we are here to protect the public’s interest and the common good.”

In February, the city issued a request for proposals for an advisory team to manage PWSA’s restructuring. And this month, the mayor put together a panel to review and evaluate those submissions.

Though it was not confirmed by the mayor’s office, other local officials and organizers say local utilities People’s Gas and Pennsylvania American Water are among the companies being considered for a public-private partnership. And while others wait to hear from the mayor’s panel on the issue, many, including Pittsburgh’s Our Water Campaign, are voicing their opposition to privatization of any kind. After all, they say, a public-private partnership is partly to blame for the mess PWSA currently finds itself in.

“We don’t think any level of privatization, whether that’s full privatization or public-private partnership, are the answer to PWSA’s problems,” says Aly Shaw, an environmental-justice organizer leading the Our Water Campaign.

Opponents to privatization tout national research into private water companies. According to research by Corporate Accountability International, a Boston-based nonprofit that opposes corporate abuses, since 2000, 50 municipalities in the United States have taken their water systems out of private hands and put them back under public control.

“The two things that clearly result from any type of privatization, and it’s been proven in water systems, is your rates are going to increase and your environmental standards are going to be lower,” says Allegheny County Controller Chelsa Wagner, who called on the city not to privatize PWSA.

“It’s the same reason we don’t have private ambulances. We created a public ambulance system in the ’70s because private ambulances weren’t going to the Hill District. These are core essential needs, and it’s the very reason you have democratic government, so you can provide these services,” Wagner says. “If we’re saying, ‘Things are bad at the PWSA, we need to privatize,’ then the city might as well privatize public works, because I see a lot of potholes.”

Both Wagner and Shaw say PWSA’s former partnership with private company Veolia Water North American is a prime example of why the city should keep private companies out of Pittsburgh water. Veolia has been accused of changing PWSA’s corrosion-control chemical without clearing it with the Pennsylvania Department of Environmental Protection, and many cite this change as the cause of high lead levels in the city’s water.

“We already saw how Veolia’s contract went in Pittsburgh back in 2012, when they had a profit incentive to cut costs and cut staff. They illegally changed the corrosion-control chemical that PWSA used,” says Shaw. “That partnership didn’t lead to any solutions or any improvements to PWSA’s water quality or service, so we’re not really sure why the city would want to enter into a public-private partnership again.

The city has since filed a lawsuit against Veolia, but Veolia maintains that it is not at fault for the change in chemicals.

“The 2014 change from soda ash to caustic soda was not initiated by (or at the direction of) Veolia’s team nor was it part of Veolia’s and PWSA’s contract metrics. Veolia did not and would not prioritize cost savings ahead of effective corrosion-control methods or water quality.  Veolia in no way received any financial payment related to PWSA’s decision to change corrosion control,” Veolia North America said in a statement.