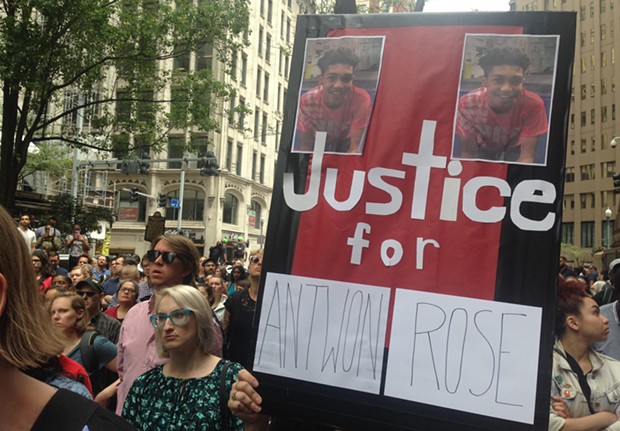 Rose, 17, was shot and killed by East Pittsburgh police while fleeing a traffic stop Tuesday. Allegheny County officials say the car in which he was a passenger was pulled over because it matched the description of a vehicle fleeing the scene of an earlier reported shooting in North Braddock; there were guns on the floor of the car, but Rose was unarmed as he fled.

This rally Thursday appeared to draw thousands. Following chants of “Justice for Antwon,” people spoke passionately about Rose — including Ford, who was lifted up the courthouse steps by friends.
“I ain't never cried in public before,” he said, breaking down during his speech. “Antwon didn't die in vain. It is going to be Antwon who is going to help change things.”

Ford implored attendees to get registered and vote. He also bluntly addressed money generated by his speaking engagements.

“In my path, it ain’t changed nothing,” he said.

Ford touted political action, specifically support of candidates and elected officials who favor reform of local police departments, as a method to prevent future incidents such as the ones that harmed him and killed Rose.

“We can’t afford to sit by and do nothing,” said Ford. “You can take to the streets, but you can also vote.”

Many among the crowd Thursday echoed this sentiment. 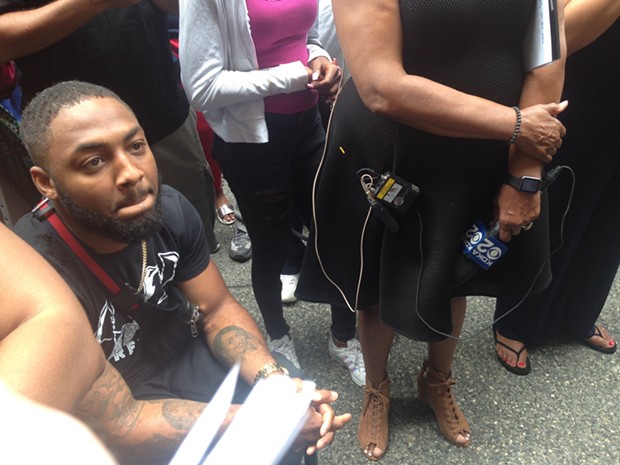 CP photo by Ryan Deto
Leon Ford
Brandi Fisher of the Alliance for Police Accountability called for the removal of Allegheny County District Attorney Stephen Zappala. She promised future protests to pressure Zappala. In his capacity, Zappala typically would adjudge potential prosecution of the East Pittsburgh police officer who shot Rose. (Allegheny County police officials have not yet released the shooter’s identity.)
“You will have no life, until we have justice,” Fisher said of Zappala.

Local musician and activist Jasiri X agreed with Fisher. He implored the crowd to pressure Zappala in favor of prosecution. He also called for creation of an Allegheny County civilian police-review board. Pittsburgh has a civilian-run board that acts as a watchdog on city police, but there is currently no county-wide group.

A voting message appeared to be already effective. City Paper witnessed several people filling out voting-registration forms at the rally. Fisher reminded rally goers that Zappala is up for re-election in 2019. 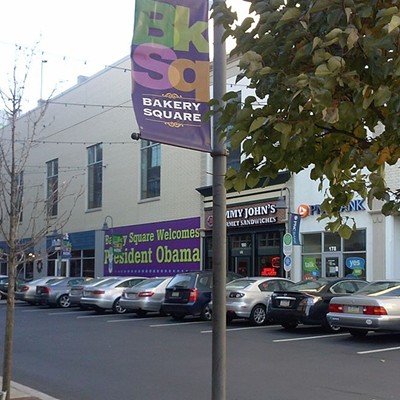