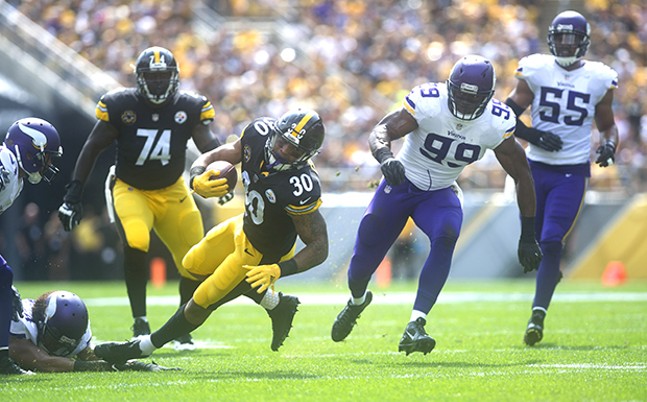 Steelers running back James Conner breaks a tackle against the Vikings during the first quarter. 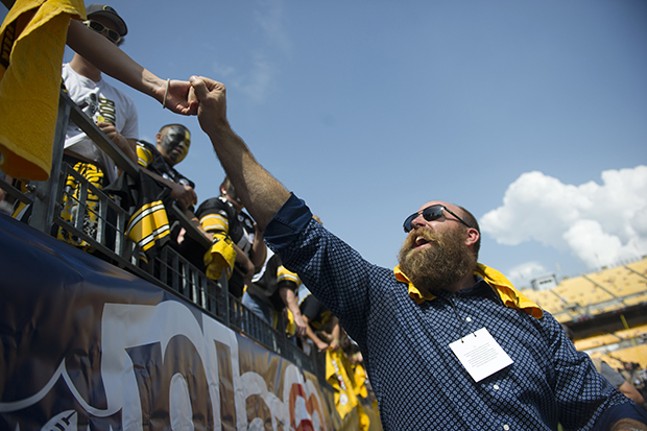 Former Steelers defensive back Brett Keisel embraces some fans prior to the Steelers opening day victory.

Bud Dupree and T.J. Watt celebrate a blocked pass by Watt during the first quarter. 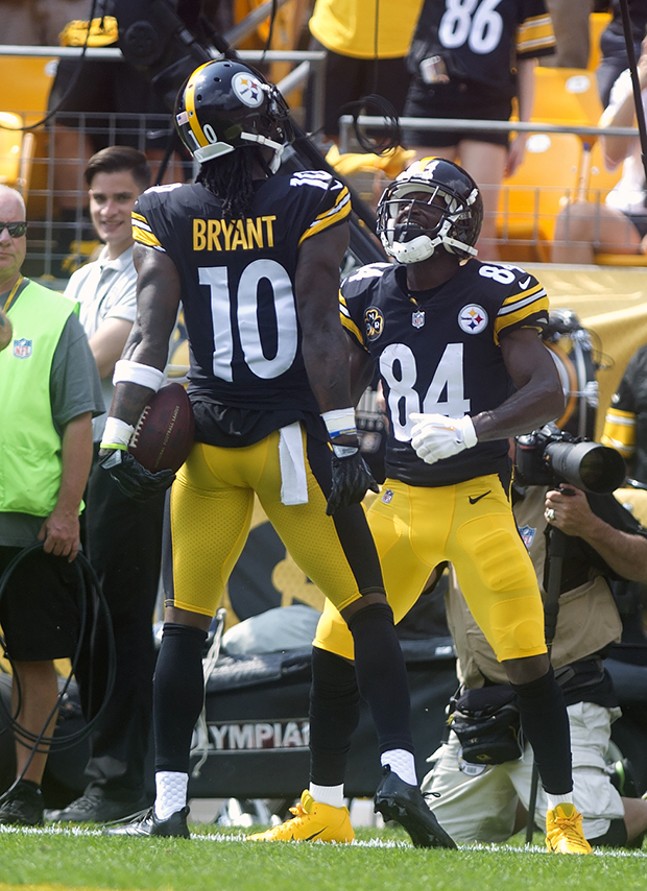 Antonio Brown celebrates with teammate Martavis Bryant after Bryant scored a touchdown during the first quarter of the game. 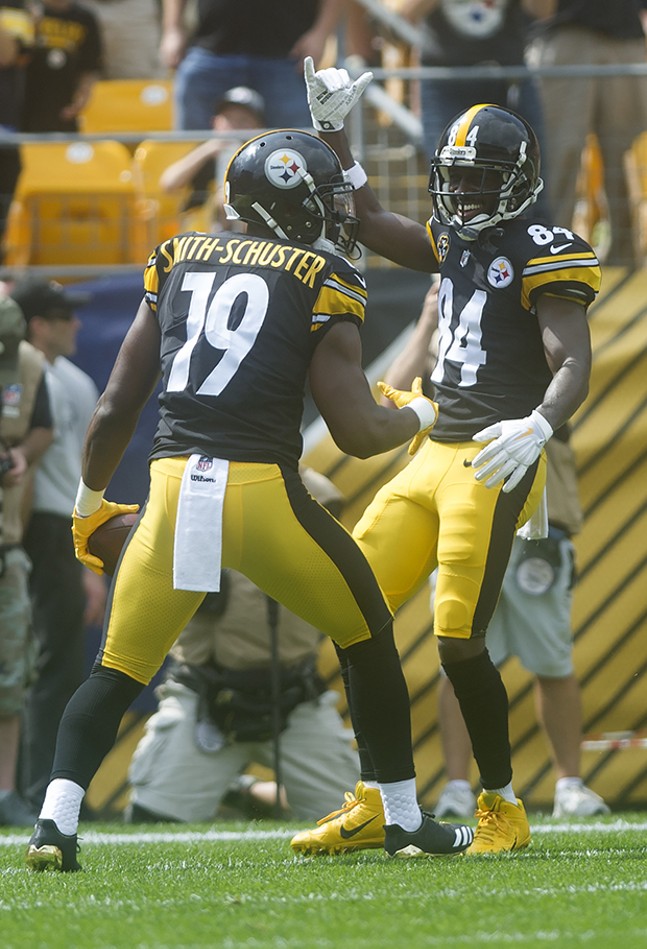 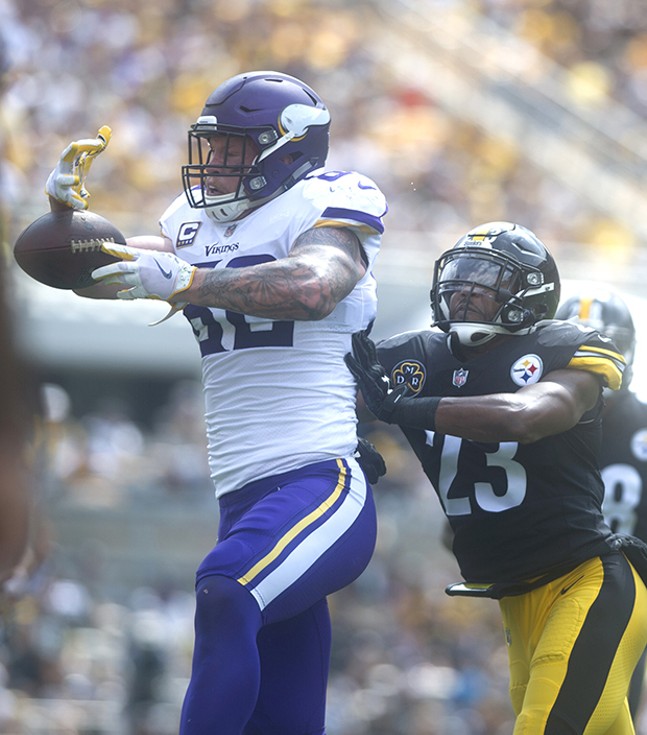 Vikings Kyle Rudolph is hit by Steelers safety Mike Mitchell while he tries to bring in a catch. 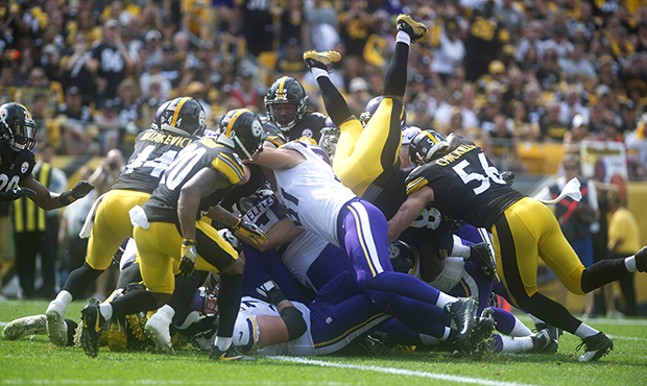 Steelers Vince Williams goes feet first but is unable to prevent the Vikings' only touchdown of the game. 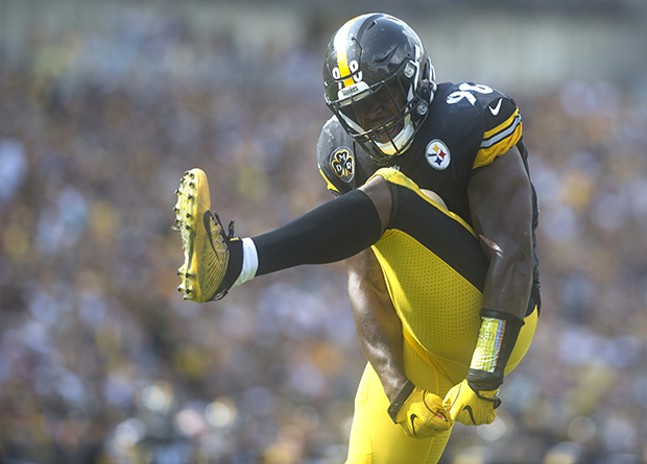 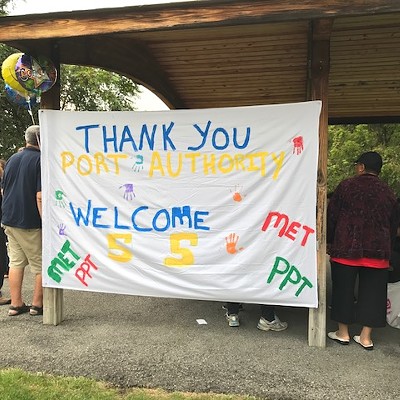