Pittsburgh City Paper is honored to announce the news, arts, and entertainment altweekly has won four awards in the 2021 Keystone Media Awards, a statewide journalism competition for Pennsylvania media companies.


The awards, published on Thu., April 29 by the Pennsylvania NewsMedia Association, are presented each year to Pennsylvania journalists whose work "displays relevance, integrity and initiative in serving readers, and furthers First Amendment values." 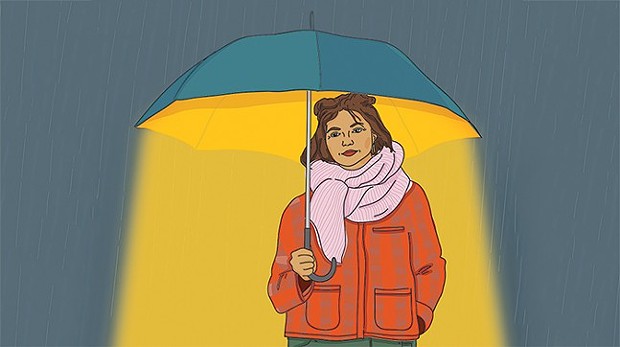 CP illustration: Abbie Adams
Artwork for The Health Issue
City Paper competed in the category of "multi‐day publications with over 50,000 circulation" and won First Place under the Special Section category for The Health Issue, a publication with stories focused on mental health and suicide prevention. This issue was dedicated to former CP managing editor Alex Gordon who died of suicide in October 2020.

The First Place win for The Health Issue is especially meaningful for City Paper because it was published a month after Alex's death while the staff was still grieving, choosing to honor his memory by turning their grief into something meaningful and aiming to help others who were struggling. In addition to CP's full-time staff, contributing writer Tara Fay Coleman also penned a personal essay for this issue about her own struggles with depression and suicidal thoughts. 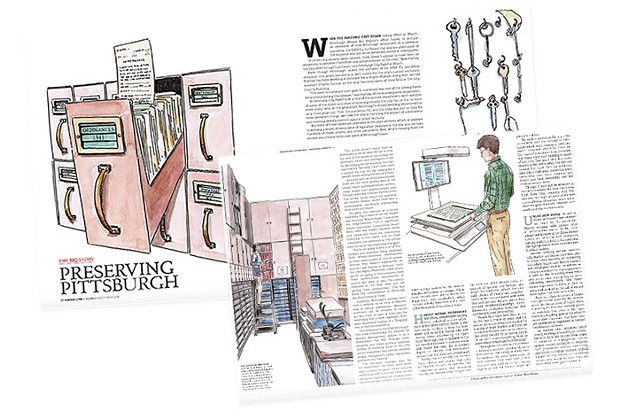 Page designs by Abbie Adams
City Paper art director Abbie Adams took home a second place win in the Keystone Awards for Feature Page Design for her layout on Hannah Lynn's story on Preserving Pittsburgh, a feature on Pittsburgh's three-year-old archive department working to make the city's history more accessible. Not only did Abbie design the cover and pages for the story, but she joined Hannah on her interview to take photographs, which she then used as references to illustrate all of the artwork that accompanies her page designs. 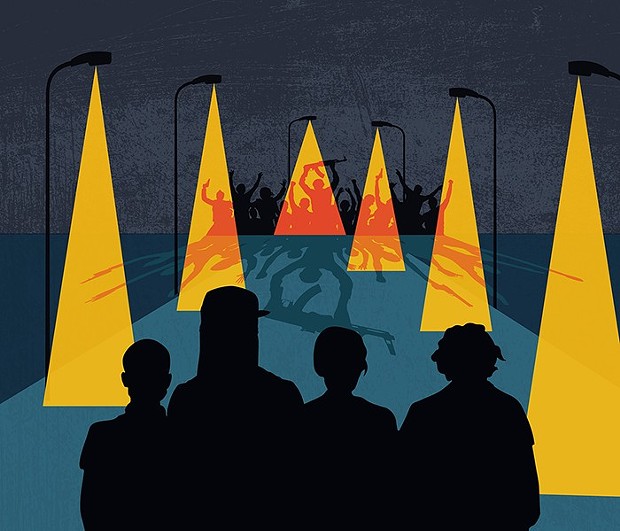 CP illustration: Abbie Adams
Black Lives Matter activists in rural Bedford County illustration for Pittsburgh City Paper and Spotlight PA story
An Honorable Mention Award went to CP news editor Ryan Deto and writer Joseph Darius Jaafari for the News Feature Story category for a story published in partnership with Pennsylvania nonprofit newsroom Spotlight PA. Ryan and Joseph's story, which ran simultaneously in both publications, looked into how video footage did not support state police accounts of shots being fired at a group of civil rights marchers in Central Pennsylvania, which then led to misinformation inspiring paranoia and rallies against the marchers in two small towns.