Pittsburgh City Paper recently lost one of our own. Our managing editor, colleague, and friend Alex Gordon took his own life. The following eulogy has been written in his memory by his closest colleague and dearest friend in our office. 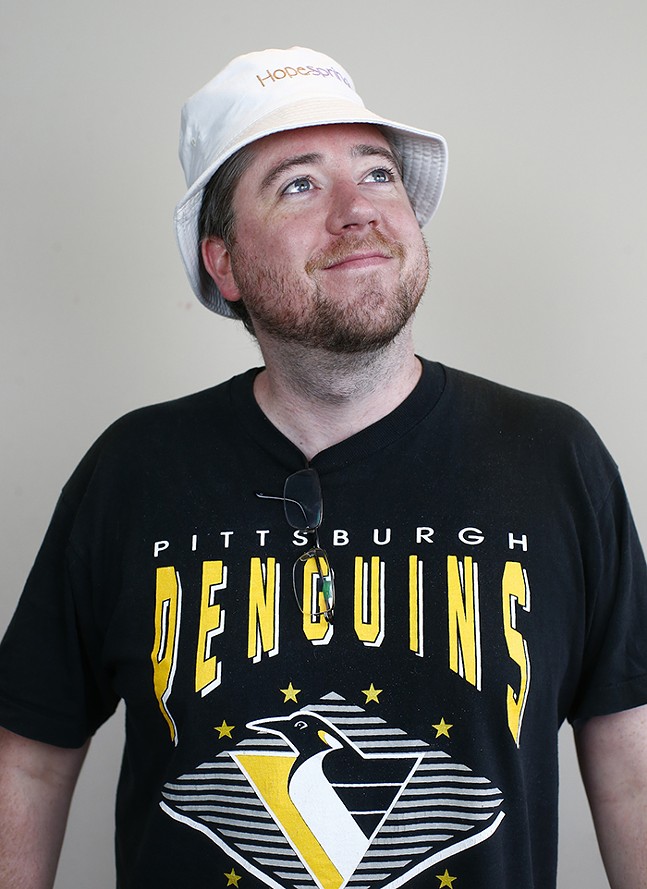 In his life, Alex always appreciated good writing, whether a favorite song lyric, a long New Yorker profile, or a museum exhibit written by his mother. It's only fair, then, that Alex deserves as good of a eulogy as possible, one that he himself would enjoy reading, summing up everything that made him a great person and friend. It would be impossible to include all of that in one brief piece of writing, but he was a journalist, too. He'd understand the constraint of word counts, and the difficulty of a writer tackling a painful subject.

Alex was born on June 21, 1987 and raised around Boston, Massachusetts and Hastings-on-Hudson, New York. He attended the University of Pittsburgh, staying in the city over a decade after he graduated. He began working at Pittsburgh City Paper in 2015, starting as an assistant listings editor and producing the Lynn Cullen Live show, before becoming associate editor, and eventually managing editor.

Due to financial strain as a result of the pandemic, Alex was furloughed in July, but his absence was felt every day. Everyone who worked with him loved him, and he loved working at the paper. He even met Jes through work, as she worked in the listings department before him.

As an editor, Alex made everyone’s writing better. He fixed erroneous punctuation and misspelled homonyms. He was great with a punny headline. He knew when language was too flowery or too vague. When someone was stuck on a story idea, he helped them brainstorm, encouraging them to push further. He got excited when someone else wrote an interesting story because it meant he got to read it. As a writer, he loved writing about unique people and places, just for the fun of it.

In 2019, he talked for weeks about a piece he wrote on the history of peanut butter hamburgers because he ate one once and loved it. At the beginning of quarantine, he started a series called “At Home With ...” where he’d interview local artists, activists, and public figures about how they were doing at home, just so he could talk to people he admired (a cookie artist, a disability gaming activist, choreographers, the owner of an Indian restaurant). A few months ago, he wrote a heartfelt story about how the Muslim community was handling Ramadan during the pandemic. He wrote it so tenderly, and it was a reminder of what it means to be there for the community, to care for each other.

One of our staff’s favorite stories is an essay Alex wrote about getting his driver’s license. Involving several trips to the DMV, it highlights all the best parts of Alex’s writing; funny, sweet, sentimental. "Of all the surprising things about my life at 31 years old — having a cat, being in a healthy relationship, the unexpected pleasure of growing man boobs — taking my driver’s test again was the least expected,” he wrote.

He was also a mentor to several interns who came through City Paper, including me, when I started as a music intern in the spring of 2017. I had graduated college a week earlier and had no idea what I was doing. He always encouraged me and my writing. He let me cover things completely unrelated to music. He asked me to stay on longer than an out-of-college intern usually should. After it ended, when there was a job opening, he fought for me to get hired, and he never stopped fighting for me. As an editor and as a reader, he was my ideal audience, and if he said something I wrote was funny or smart, then I was happy. Even now, I’m writing this for him, and choose to believe that he can read it.

In addition to being an eagle-eyed editor and beautiful writer, Alex was also a musician. He wrote and recorded music, including a recently released album of covers of songs by the band No Age. The album, Ceiling Dreams of a Floor, along with his other music, is available on alexgordon1.bandcamp.com. The day after he died, No Age replied to Alex's tweet sharing the album. "THIS RULES," they wrote.

Both in his writing and in person, Alex was known for his humor. He loved making people laugh, and he loved laughing at other people’s jokes. Losing him is such an intensely painful experience, but in any situation of grief, it's important to find moments to laugh. It's what he would do.

In October 2018, after the Tree of Life shooting, Alex and I leaned on each other, because we were both Jews and we were both very sad. I wrote a personal essay about the shooting, and on Monday night at 8 p.m., when we were exhausted and trying to finish the paper, we struggled to come up with an adequate headline. As a joke, one of us suggested "Again with the Guns?" (said in the voice of a Jewish grandmother.) From then on, it became a running joke when bad or strange things happened. Again with the virus? Again with the old presidents? That's how I know he would be happy for the few times I've been able to laugh since his death, often thinking to myself, “Again with the tears?“

But most of the days since his death have felt shrouded in a thick fog. Newspapers almost never come to a complete standstill, but City Paper did. Everyone who knew and loved him — which was a lot of people — was in pain, and still is. Aside from the fact that he was funny, the biggest perk of being friends with Alex is knowing that you were friends with a really good person.

He was compassionate and empathetic. He hated making people feel bad. He stood up for friends and colleagues. A few months ago, he started volunteering with Planned Parenthood. He liked giving friends little gifts just to brighten their day. He was always the one to boost morale around the office, by suggesting a fun activity, like playing basketball on a hoop hanging from a cubicle, or asking in the office chat, "Did anybody eat anything cool this weekend?"

Alex’s death is an immense loss for everyone who loved him, for the staff of Pittsburgh City Paper, for the entire journalism community in Pittsburgh, for the city as a whole. The loss is especially painful during the pandemic, as people can’t gather together as easily as otherwise, and because the last several months have already been filled with so much grief. Mourning right now takes more energy than usual, and it’s important to check in on those you love. Make sure they know you’re there for them, that they don’t have to go through it alone, that even when the world is shit, you’re happy to be in it with them.

I don't know when, if ever, losing Alex will feel less painful. I don’t know when I’ll stop wanting to text him funny thoughts I have while watching movies stoned. I don't know how to keep working even though I always said to myself that I didn't want to work at this job if he left. If and when we eventually all return to the office, I don't know how I'll sit next to the empty desk where my friend used to sit, just a few inches away.

I do know that the sun will come up tomorrow, and then set, and come back up again, and that each day is the same length of time, even when some days feel like weeks. And I know that years from now, I will think of Alex, and I will miss him, and I will be thankful for everything he gave us.
______________________

If you are struggling, please know that you are not alone. The National Suicide Prevention Lifeline has over 160 crisis centers that provides 24/7 service: 1-800-273-8255.