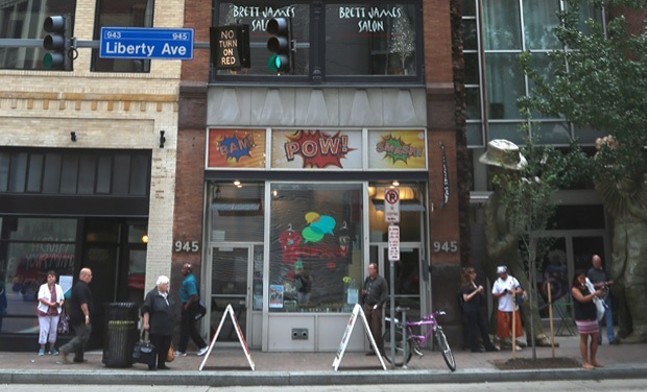 Since 2009, the cartoon-art museum, the ToonSeum, has occupied an intimate location on Liberty Avenue in Downtown, Pittsburgh. It has also occupied a special place in the hearts of fans of comic books, cartoons and superheroes.

But on Feb. 14, the museum announced it would be closing its permanent location and switching to a roaming-museum model.

“Dear Friends, the ToonSeum will be moving from Downtown in early March to spend a year focused on holding events across the Pittsburgh region,” the museum posted on Facebook on Feb. 14. “We’ve lined up some exciting events including presentations, lectures, and pop-up exhibits.”

Joey Ziolkowski, the creative director of cartoon video game Toontown Rewritten, wrote on the ToonSeum Facebook page, "I hope that the ToonSeum continues well into the future, even if not at its downtown location. It won't be the same without that big anvil greeting guests!"

A call to the ToonSeum was not returned by press time. Pittsburgh City Paper will update this blog when and if representatives from the ToonSeum provide comment.

Wonder Woman: Visions will be the museum’s last exhibit. The Wonder Woman exhibit contains original art from DC comic books and new drawings by regional female artists reflecting on their personal connections to Wonder Woman. A party will be held on the last day of the exhibit, on Feb. 24 at 6 p.m. Everyone is invited.

Earlier today, Toonseum board members sent out a release about changes to the museum. According to the release, "the museum will enter a year-long 'Curtains Drawn' period of programming, fundraising, outreach and building partnerships."

“Just as comics characters must be allowed to age, change or otherwise adapt to the world around them in order to remain relevant, so must the Toonseum,” said Board President Marcel Walker. “During Curtains Drawn, we will develop programming that reflects and includes more members of our community. More people of color, more women, more members of our LGBTQ communities, more families from neighborhoods across Pittsburgh, more students of all ages from more of our schools.”

Coming up this weekend: The Third Annual Pittsburgh Fermentation Festival