The ToonSeum is expanding its comics-education programming for kids and teens with The ToonSeum Comics Club.

“We want to teach the next generation of cartoonists how to draw and perfect their craft,” says ToonSeum executive director John Kelly.

To date, ToonSeum’s educational sessions were intermittent and often linked to events, like the Pittsburgh Indie Comics Expo. The new program, planned to start this summer, will run year-round. Workshops will generally be held weekly, in six-week blocks. Classes will be on Saturdays from 9-10:30 a.m., and sign-ups are now open for two sessions.

Kelly is confident in his teachers, both of whom have already taught cartooning to kids at the Downtown museum of comics art. He believes the museum is onto something important given today’s climate, in which “there’s been a move away from fine arts in school curriculums.”

“Your donations will provide funding for teacher salaries, supplies for the students, instructional materials and equipment for the workshops,” according to the webpage.

ToonSeum is offering rewards for donors depending on how much they give. From $1 to $1,000, donors will receive rewards like posters, signed comics, tours and more. More rewards will be added over time, says Kelly.

The ToonSeum gift shop will offer art supplies applicable to the classes, which Kelly believes will be helpful for parents. “It can be confusing for a parent to walk into an art store,” he said.

Kelly thinks that, because of the success of past teaching sessions, there will be demand for the program.

“Part of the reason we’re doing this is we’ve had people coming in and asking, ‘When is the next session?’” Kelly said.

More information about the classes is available at www.toonseum.org. The crowdfunding campaign can be accessed through www.generosity.com. 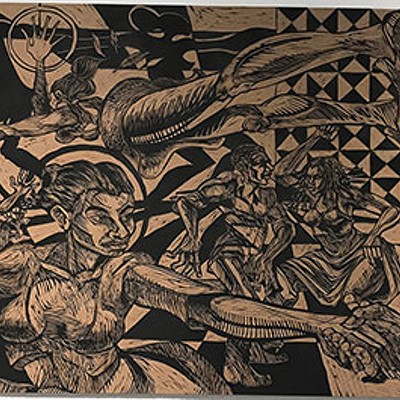