You can travel up the Penn Avenue arts corridor, but how well do Penn Avenue-based arts travel? Find out at tomorrow night’s opening reception for #OpenOnPenn, a group show featuring work by some 50 artists from the district, at the Stifel Fine Arts Center in Wheeling, W.Va.

The exhibit was organized by Nina Sauer of Most Wanted Fine Art, the long-running gallery whose storefront on Penn shut down last year (thought Most Wanted remains active as a programmer).

The show honors the history of the arts corridor, co-founded in 1998 by the Bloomfield-Garfield Corp., the community-development group that co-curated the show with Most Wanted. Included are newspapers, photographs and other historical items.

The Stifel Fine Arts Center is located at 1330 National Road, in Wheeling, just over an hour southwest of Pittsburgh. 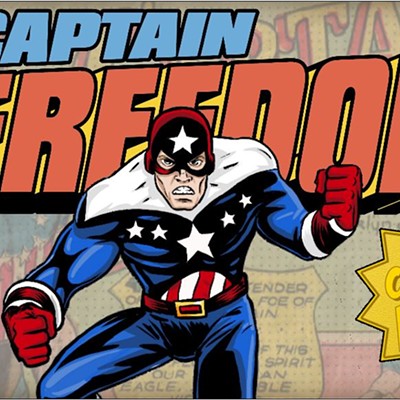