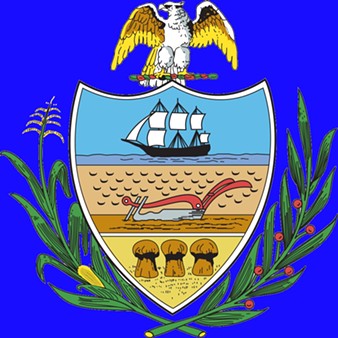 Image courtesy of www.alleghenycounty.us
Allegheny County Seal
Allegheny County did its part for the Democrats. In last week's presidential election, Southwestern Pennsylvania's largest county increased its Democratic turnout from 2012 by 11,000 voters and shrunk its Republican turnout by 5,000.

But, Philadelphia helped to screw them over. The state’s largest county decreased its 2012 Democratic turnout by 26,000 and increased its Republican turnout by 9,000. Our 16,000 Democratic voter net gain was easily wiped out by Philly’s 35,000 net loss.

Philadelphia even contrasted its own suburbs. Its suburban counties (Bucks, Montgomery, Delaware and Chester), had a net gain of 54,000 Democratic voters compared to the 2012 election.

But Philly can’t take all the blame for Pennsylvania turning red for the first time since 1988, since even if the City of Brotherly Love matched its 2012 Democratic voting levels, the state still would have come up 30,000 votes short of a Hillary Clinton victory.

And while Allegheny County increased their Dem voters, (an impressive feat considering the county population has stayed the same since 2012), the progressives in the Steel City had little impact in convincing its surrounding counties that Democratic causes are in their best interest.

Beaver, Washington, and Westmoreland became radically more Republican in the 2016 election, helping President-elect Donald Trump gain the edge he needed to secure Pennsylvania. Those three counties gave a 38,000 net voting edge to Republicans compared to 2012. The Pittsburgh progressives are growing, but they might just be making their bubble more impenetrable, not expanding it to circumvent the Southwestern Pennsylvania region.