After months of community meetings, today the city announced they'd reached an agreement with the Pittsburgh Penguins on development of the 28-acre lower Hill District site.

"It's goal is to build transformational wealth for the residents of the greater Hill District," said Mayor Bill Peduto.

Among the agreement's highlights is the creation of a tax increment financing district in the Hill District, which will be the largest in the city. It will generate from $22 to $50 million of investment from the development's tax revenue for the Hill District.

Local leaders said they hoped the agreement could begin to reverse decades of disinvestment in the Hill District that began with the original development of the Civic Arena, which has since been demolished to make room for the new development.

"We do have two Pittsburghs," said Kevin Acklin, the mayor's chief of staff. "We have neighborhoods in the city that haven't seen investment and development in generations."

The TIF funds can potentially be used for neighborhood improvement and investment like residential facade grants, grants for down payment and closing cost assistance, and street and utility improvements. The city said the agreement also has the highest level of commitment to minority and women business enterprise participation in the city.

"When we did the arena project it was a lot of hard work, but we found a way to work with the community and we came up with the community benefits agreement," said Penguins COO Travis Williams. "I think we've shown again that this city and this community and these corporations and foundations know how to come together to make something good happen."

But while the agreement promises millions of dollars of investment for the greater Hill District, it does not meet the community's desire for 30 percent of the development's residential units to be affordable housing.

"The community hasn't even had a chance to see it let alone say whether they support it or not" said Carl Redwood, a community organizer with the Hill District Consensus Group, who interrupted a press conference earlier today where the agreement was announced. "We have the power in the community. We can stop the whole development."

This plan includes, greater levels of affordability than what was originally proposed by the Penguins: 20 percent affordable housing at 80 percent area median income. Rental rates could be as low as $600.

"The economic reality of being able to get to 30 percent, the reality is the dollars to fill those gaps are limited, so this was based on an analysis of what was achievable," said Hill District councilman Daniel Lavelle.

While Lavelle admitted he didn't get everything he wanted out of the agreement, he said there will be a variety of opportunities for Hill District residents. Future efforts will focus on training individuals to be able to work on the site and building capacity in small businesses in order for them to occupy the site.

"I agree with Councilman Lavelle, you're never going to get everything you want in negotiation," said Mark Lewis, president of the POISE Foundation. "But I think we've heard things in the past about minority participation limits set for the stadiums that did not come to fruition, so we have to wait and see what the commitments are really going to be to make the opportunities available for those in the Hill District."

Work on the site will begin in the next six to nine months. 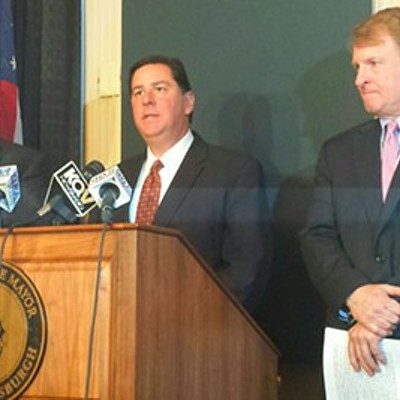 Actor in Wolf commercial did horror flick; shit gets blown way out of proportion