Superior Motors among Food & Wine's 2018 Restaurants of the Year | Blogh 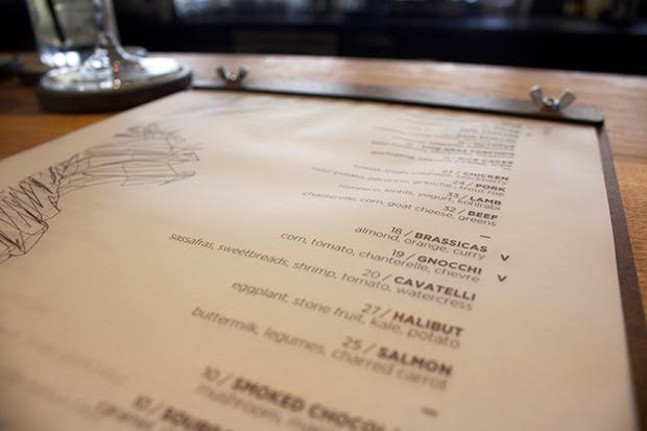 CP photo by Krista Johnson
On April 10, Food & Wine released its list of 2018's top ten restaurants to have opened in the last 14 months. Braddock's own Superior Motors helmed by chef Kevin Sousa was among the honored restaurants this year.
Superior Motors is seeing its reward after years of public speculation regarding if and when it would be able to open after running into funding issues. Now the restaurant that claimed the title of "most funded restaurant Kickstarter campaign" can count this commendation among its achievements.

"Superior Motors is one of the places on the list that lights me up the most," says Jordana Rothman, the restaurant editor for Food & Wine via phone interview. "I just adore [Kevin Sousa] and I adore his story."

Rothman first interviewed Sousa five years ago when he was beginning the Superior Motors project and has quietly followed him through the up and downs.

"I felt this deep down emotion visiting. It's an incredible thing to feel that resonance when something comes to fruition," she says. "The food is so delicious and so much fun. It's really global. He's using his tie [to the city] and discovering what makes him tick as a creative person."

With 35 percent of its staff being Braddock residents and Sousa moving forward on his promised career training program for Braddock's young people, Superior Motors is likely to keep stealing headlines and hearts long after its initial blush.