Josh Shapiro
Since President Donald Trump took office, immigration enforcement has dramatically changed, especially the work of U.S. Immigration and Customs Enforcement (ICE) officials. In January, Trump changed President Barack Obama’s priorities on immigration enforcement (which targeted serious criminals and repeat offenders), so that immigrants can now be detained merely for being arrested for committing a criminal offense (like disorderly conduct), even if they are not charged or sentenced.

As a result, detainment of immigrants is up nationally and undocumented immigrants across the country, including those in Pittsburgh, are terrified that their families will be separated. A recent New Yorker article even highlights one longtime ICE officer who struggles to cope with the escalated enforcement. Additionally, illegal border crossings at the U.S.-Mexico border in 2017 are down significantly compared to the same time period as last year (although this could be part of a eight-year decline). ICE also tweeted out in March, “DACA is not a protected legal status, but active DACA recipients are typically a lower level of enforcement priority.” (DACA, or the Deferred Action for Childhood Arrivals, is an Obama executive action that protects undocumented immigrants who arrived in the U.S. as children and provides them access to work permits.)


But Pennsylvania Attorney General Josh Shapiro, along with 19 other Democratic Attorneys General, sent a letter to Trump on July 21, urging Trump to maintain DACA. Shapiro said in a statement sent to City Paper that DACA recipients, also known as Dreamers, are bettering Pennsylvania, and rescinding DACA would be unfair to them.

“The Federal Government put the DACA program in place to allow young adults who were brought to our country as children without making a choice and who often know no other home, to continue pursuing their education, careers and military service on behalf of the United States,” wrote Shapiro. “These young men and women have undergone background checks and are contributing to our economy and our communities – we believe President Trump should continue his support for DACA and that our government shouldn’t go back on its promise to these young men and women now.”

The letter sent to Trump lays out the economic downsides that deporting the country's 800,000 DACA recipients could have. It states that DACA recipients have seen hourly wage increases of 42 percent, “[giving] them the purchasing power to buy homes, cars and other goods and services.” Furthermore, the letter states that losing DACA recipients would be bad not just for their families and friends, but also American businesses and municipalities. “In addition to lost tax revenue, American businesses would face billions in turnover costs, as employers would lose qualified workers whom they have trained and in whom they have invested,” reads the letter.

According to the Migration Policy Institute, Pennsylvania is home to about 21,000 immigrants who are either eligible or will be eligible shortly for DACA. A Pittsburgh DACA recipient, Maria Duarte, says the Trump era has been a “vacillating journey” for her and other recipients, since Trump and federal officials have waffled on their support for DACA.

Duarte says this indecision by the current administration is a reminder of why people should be fighting to get permanent protections for immigrants, and not flirt with stripping them.

“As we continue to fight for DACA to stay, we must remember that DACA is not permanent protection, and therefore is vulnerable under any administration,” wrote Duarte in text to CP. “Although DACA affords us many privileges that we wish everyone in the undocumented community could posses, it still leaves us in a very susceptible position, that promotes anxiety, and makes everyday permanence feel fragile.” 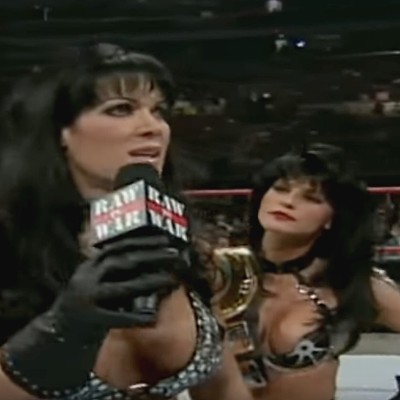