"We will be called cry babies and whiners, but we're here to organize. We're here to denounce 2 party system & call to create a new party" pic.twitter.com/f8w5R2iVCR


"No borders, no nations. Stop the deportations" chant the crowd. pic.twitter.com/PdcgdliaJe


3:14 p.m.
Regular City Paper contributor Renee Rosensteel was at the People's Inauguration today in the Hill District and sent back this shot worth sharing. 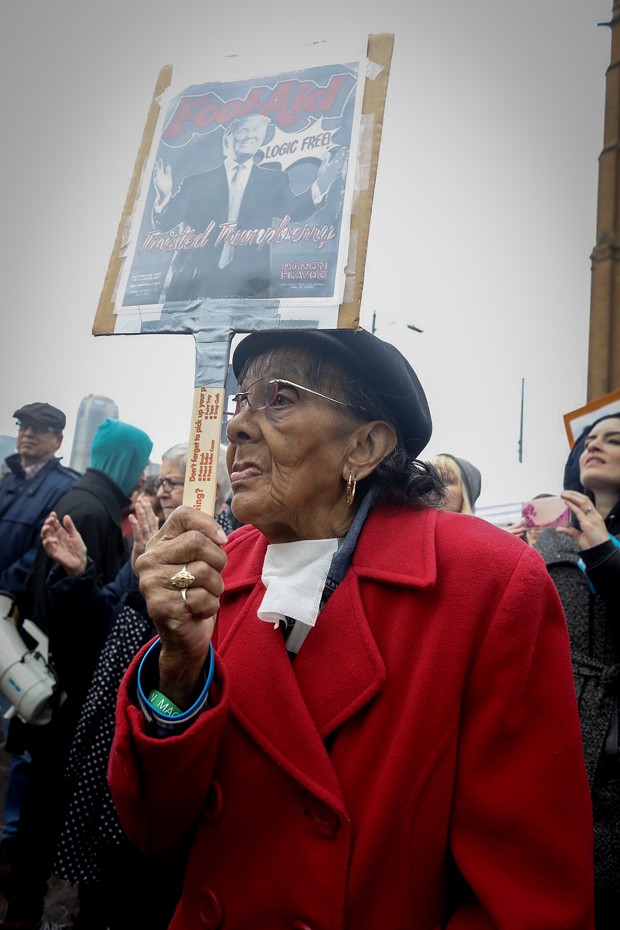 
Protesters have stopped on sidewalk chanting "no trump, no kkk no fascist usa" as Pittsburgh police look on #Inauguration pic.twitter.com/BDS8zMc9Tq


One last sign from the People's Inauguration in Pittsburgh #TrumpInauguration pic.twitter.com/dQjcVVDy3U


People lining up at @AWC_Pittsburgh to share what their action will be to contribute to America #Inauguration pic.twitter.com/OcpQuqg3JZ


The People's Inauguration ends on a musical performance of "Home" from The Wiz #TrumpInauguration pic.twitter.com/Ve0aQ2XmjO


Today we mark the peaceful transition of power. I am thankful for @BarackObama's service & congratulate @realDonaldTrump, our 45th President


The People's Inauguration is happening now at Freedom Corner in Pittsburgh #TrumpInauguration pic.twitter.com/xrfnQxd0HP 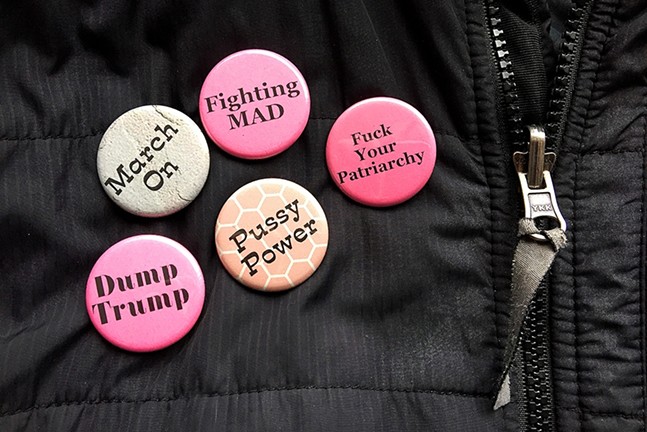 The day has finally arrived. Today Donald Trump will be sworn in as the 45th president of the United States.

It almost feels like overkill at this point to list all the reasons many are unhappy today, but in case you forgot, here's just a few of the xenophobic, racist and sexist things our new president has done and said since he launched his campaign.

In a statement last December Trump said he would combat terrorism with a "total and complete shutdown of Muslims entering the United States until our country's representatives can figure out what is going on."

And October brought the release of Trump's now infamous "Grab them by the pussy" comment, found in a 2005 audio recording.

Based on statements like these and his selection of running mate Gov. Mike Pence, who has a record of anti-LGBT policies, following Trump's election, protests rang out in Pittsburgh and throughout the country. And they're not stopping. A slew of inauguration alternative events and anti-Trump gatherings are scheduled today and more will continue throughout the weekend.

Pittsburghers are far from the only ones unhappy with Trump. Polls indicate Trump has the lowest favorability ratings of any incoming president in the last four decades. According to an ABC/Washington Post poll released earlier this week, less than half of Americans, 40 percent, have a favorable view of Trump. And a survey from Fox News published yesterday found that 37 percent of Americans approve of Trump. Compare that with the 76 percent favorable opinion President Barack Obama had when he took office in 2009. His predecessor George W. Bush had 58 percent favorable opinion when he took office in 2001.

Local law makers are expressing their disapproval as well. This week Congressman Mike Doyle (D-Forest Hills) joined more than 50 other House Democrats in declaring they wouldn't be attending the inauguration today.

Stay tuned throughout the day as we report on a number events through the city.