What went down in Pittsburgh:

1. Pittsburgh PrideFest was held on Sunday, complete with a parade and street festival. Photographer John Colombo captured the scenes, while staff writer Rebecca Nuttall spoke to participants on what this year's Pride meant to them in the wake of the Orlando massacre at an LGBT nightclub on Latin Night.


2. Pittsburghers mourned on Monday night for the victims of the Orlando massacre. Local leaders from the Christian, Jewish and Muslim faiths spoke, prayed and sang to and with the crowd of hundreds on Grant Street, Downtown. The Renaissance City Choir, an LGBTQA group, also performed during the candlelight vigil.


3. The 2016 Stanley Cup-winning Pittsburgh Penguins paraded through Downtown for a crowd of what officials say was around 400,000. Fans cheered "Murray Murray Murray" when goalie Matt Murray rode by in the back of a pickup truck. Center Evgeni Malkin and captain Sidney Crosby took turns hoisting the Stanley Cup as fans held up their cell phones in unison to try to catch a photo of the trophy.


4. Hillary Clinton visited Pittsburgh this week. Speaking at the International Brotherhood of Electrical Workers Local Union No. 5 on the South Side, Clinton said she originally planned to speak on labor relations but instead focused on security in light of the mass shooting in Orlando and criticized her opponent's response to the tragedy. "Just one day after the massacre, he went on TV and suggested that President Obama is on the side of the terrorists," she told the crowd.

Photo by Charlie Deitch
5. Drusky Entertainment will bid farewell to its flagship venue Altar Bar at the end of July. A press release on the closing read, "Altar Bar Inc., the current management team of Altar Bar with its exclusive promoter, Drusky Entertainment as well as our wonderful staff regret to inform our loyal patrons, artists, and friends that the facility at 1620 Penn Ave in Pittsburgh is being sold. Due to this unfortunate situation, our lease is expiring. The new buyer has another purpose for the building." 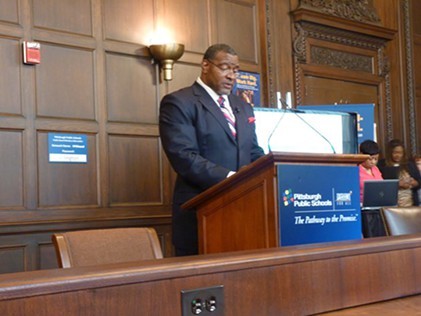 Photo by Rebecca Nuttall
6. A coalition of Pittsburgh advocacy groups called for a new search for Pittsburgh Public Schools superintendent. On May 18, the school board approved Anthony Hamlet, who last worked as an administrator in Palm Beach County, Fla., for the position. Hamlet has been under fire for discrepancies and accusations of plagiarism on his resume, which the school board is investigating. "No additional amount of investigation will undo the damage already done. More time spent deliberating only further tarnishes the reputations of both Dr. Hamlet and the Pittsburgh Public Schools. The Board must act now,” the advocacy groups, including the Urban League of Pittsburgh and A+ Schools, among others, wrote. Meanwhile, the Pittsburgh Federation of Teachers and the Pittsburgh Interfaith Impact Network have expressed support of Hamlet.

stock image
7. Allegheny County received $3.4 million dollars from the U.S. Department of Housing and Urban Development to fix up lead-paint-ridden houses. According to Pa. Department of Health numbers, nearly 90 percent of housing stock in the county pre-dates 1978, the year lead paint was banned. Health officials warn that lead-paint dust often gets on the hands of children, who then put their hands in their mouths, thus causing high levels of lead in their blood. In 2014, the state health department found that about 1,000 kids under age 7 in Allegheny County had levels of lead at or above the CDC level.

Each week we post a Spotify playlist, including artists that we cover in our current issue. Enjoy this one below, which mixes it up with The Gotobeds, Lofi Delphi, Sleep and Master P. 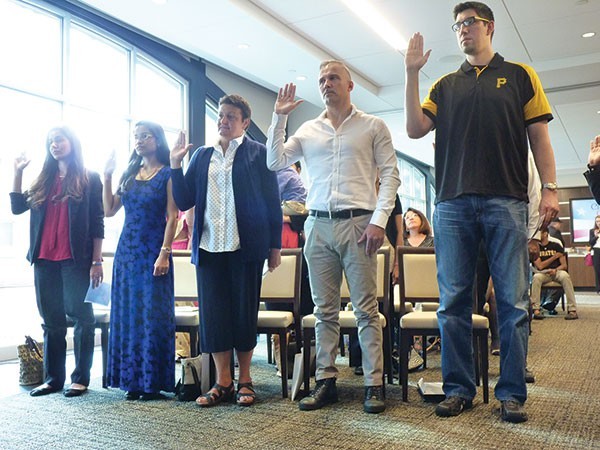 Photo by Ryan Deto
In this week's City Paper print edition, staff writer Ryan Deto looks at why, while Mexicans comprise the fifth-largest foreign-born group in Pittsburgh, they are becoming naturalized citizens at a far lower rate than other foreign-born groups in the city. 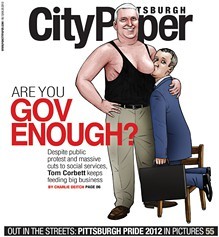 This week in City Paper history, we revisit Charlie Deitch's June 2012 piece highlighting former Pa. Gov. Tom Corbett's funding policies. At state-budget time, Corbett was never afraid to drop the ax, especially when it came to things like education funding and social services. He also wasn’t shy about giving tax incentives to corporations moving into the state, or about pushing through business-friendly legislation. Deitch's story resulted in a classic City Paper cover. To properly illustrate the cover, staffers threw out several ideas before one stuck like glue. Artist Jim Rugg was commissioned to create a parody based on a controversial Time magazine cover from a month earlier on attachment parenting that showed a mother breastfeeding her 3-year-old son under the headline “Are You Mom Enough?” Rugg’s cover showed Corbett in a tank top, breastfeeding a businessman, with the headline “Are you Gov Enough?” Given Corbett’s basement-dwelling approval ratings, the cover was an overwhelming success.