Early Sunday morning, a man armed with an assault rifle opened fire in a gay club in Orlando, killing 49 people and injuring more than 50 others. While officials say the gunman claimed allegiance to the Islamic terrorist organization ISIS, and the details of Omar Mateen’s motives are still being worked out, what’s clear is that this was an attack on the LGBT community.

Here in Pittsburgh, this past weekend marked the culmination of 10 days of LGBT Pride activities. At Sunday’s PrideFest, Downtown, hours after the shooting, the impact of the terror attack was palpable. But instead of casting a pall over the event, guests said that Sunday’s tragedy drew more people to PrideFest than in years past and served to draw the LGBT community and its allies closer together.

Pittsburgh City Paper attended PrideFest and a June 10 Roots Pride rally and party at the Ace Hotel. There we asked attendees what Pride means to them.

I’m not from here; I’m from Cleveland. But my friend invited me to this because I want to move here. Cleveland isn’t as friendly as Pittsburgh. The greatest part of being a part of this community is you don’t feel like an outcast. I’ve always known I was gay and there used to be a time when I didn’t want to talk to anyone. I was always alone. But I just met a girl earlier today who told me about this and we’re already friends.

I represent nontraditional gender expression. I represent queer artists, and Roots Pride specifically offers an alternative to the gender-normative pride expression. I think Pittsburgh is very welcoming. Just like any city, it has a lot of work to do. I think for white gay men and white lesbians, it’s good, but it needs to do a better job. I feel fortunate to be here because I’m around a lot of like-minded people. A lot of us have looked for our tribe for a while, and I’ve found my tribe. Right now I’m doing [an artwork] that connects Pittsburgh, Mexico City and San Francisco. Activism is really what connects all of these places. 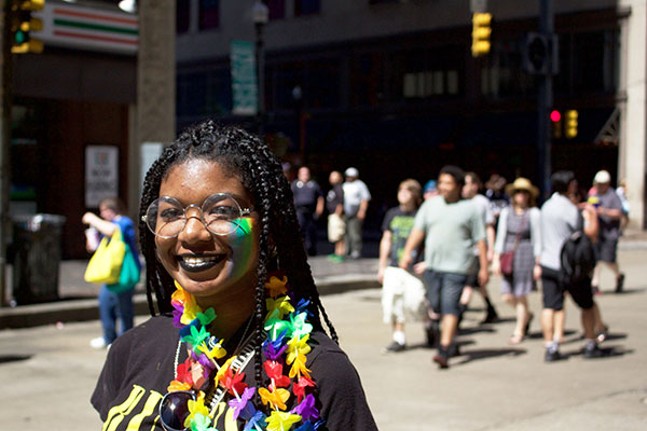 I’m a strong ally. I have been in the [Gay-Straight Alliance] for quite a few years, and I just thought, ‘Hey, this is my first time down here.’ So I thought I might as well support what I’m actually supporting, the GSA and LGBT. And to have fun. [Pride] means just supporting other people who don’t get to love who they want to love. ’Cause they’re always getting hate about it, or they’re dying. I’m just trying to support the fact that you can love another person regardless of their sex or whatever. 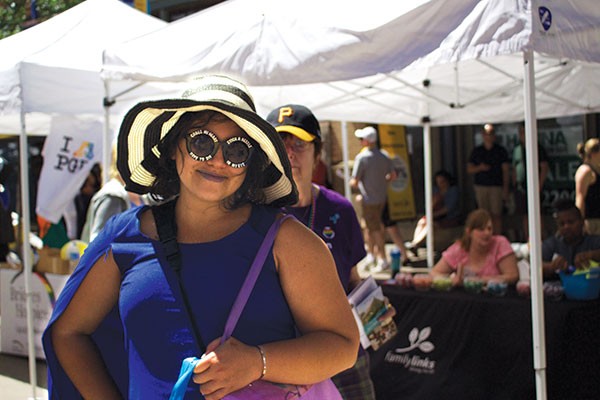 It’s an important holiday, and especially dealing with what happened in Orlando last night, it’s all the more important that we not be ashamed of who we are and celebrate. It just sucks that so many whackos in the world want to ruin the fun for everybody. I was really happy to see a furry walking down the street. I might not be a furry, but I love it when the furries are in town and they’re allowed to be who they are. I think all the LGBTQIA et cetera should not have to hide — should be allowed to wear as many colors as we want and not be afraid [for] our safety, not be judged. 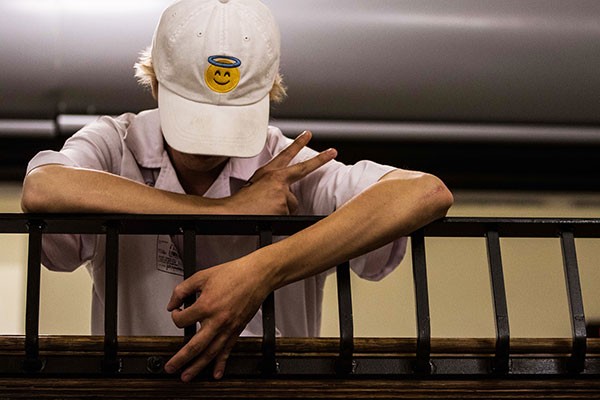 I came to support my friends. The only way we’re going to make it out of this broken capitalist system is with community. Events like this are a meeting ground for like-minded people. This is what I love about Pittsburgh. This [event] is an ecosystem of the Pittsburgh community. It provides an environment for people who aren’t socially conscious to see what’s going on.

Being an African-American trans woman in a society that doesn’t accept you, it’s always good to be able to find safe places. I went to Perry High School and I didn’t experience any bullying or discrimination, but my mom was a security officer. Pittsburgh is not always a safe environment. And right now we have to deal with gentrification, too. It’s not the same Pittsburgh anymore. They’re taking a lot of originality out of the community, and it’s hurting the essence of our communities.

From a black perspective, I’m connected to a large group of people who have been through a lot of struggles. It’s important to be proud of the struggles of our ancestors. The black race has shown a lot of resilience,and the queer community has done the same. I feel like it’s not all about me; it’s about everyone. We’re all in this together. It’s about building up a group of people who have historically been oppressed.