Pittsburgh celebrates the Penguins advancing to the Stanley Cup finals

The Pittsburgh Penguins won the Eastern Conference finals in Pittsburgh last night, beating the Tampa Bay Lightning with a final score of 2-1 in an action-packed Game 7. During the game, fans cheered on the team on the "Big Screen," a free outdoor viewing of the game set up outside Consol Energy Center during every home game of the playoffs. Only, the Big Screen stopped working during last night's game because of technical difficulties, so fans outside the arena were forced to watch the team win ... on their smart phones.

Photographer Aaron Warnick was there covering the event. Check out his photos below of the excitement. 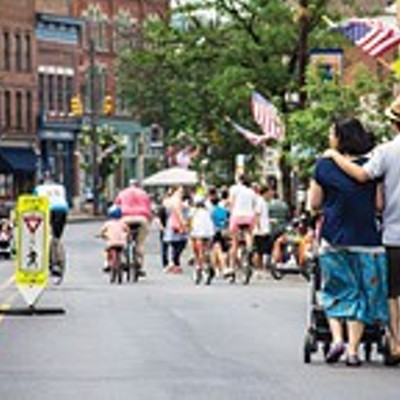