Smark Attack Pro-Wrestling Promo of the Day: The Ultimate Warrior

Throughout the history of professional wrestling, what a performer can do on the mic is often just as important as what they do in the ring. Each afternoon, Smark Attack will highlight a wrestling promo that shows off the best, and sometimes the worst, in pro wrestling microphone work.

Today's promo is one of the Warrior's most famous. Getting ready to face Hulk Hogan in WrestleMania VI, the Warrior cuts a legendary promo in which he suggest Hulk Hogan hijack a plane, murder the pilots and crash the goddamn thing into the ground to avoid facing Warrior in the ring. I'm paraphrasing of course, but, well, watch for yourself. The late-Ultimate Warrior really was one of a kind. He was insane in that act-crazy-and-make-millions-of-dollars sort of way.

Warrior went on to defeat Hogan in WrestleMania VI. 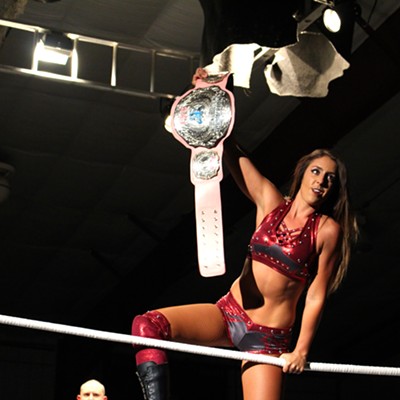