The seed of Justin Calderone’s first novel was planted when he was driving on Washington Boulevard near Allegheny River Boulevard. He glanced at a little roadside park and saw some folks disporting themselves with replica medieval weaponry — swords, shields, bows and arrows.

The sight of Live Action Role Players made Calderone wonder whether, if necessary, “Could these LARPers defend us?” 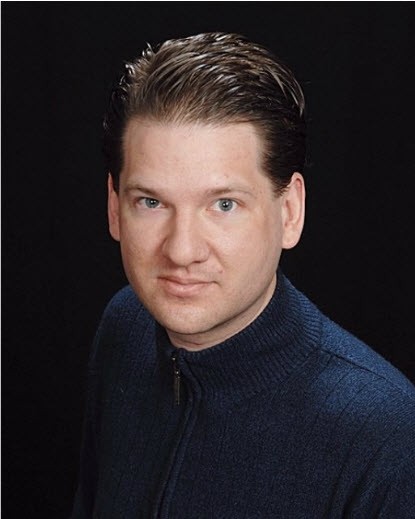 The Penn Hills High School English teacher’s comic novel is titled LARP: The Battle for Verona. (Calderone, pictured above, co-credits his wife, Emily, with the plot.) The book follows Dennis, a twentysomething IT manager whose lone hobby is medieval-fantasy role-playing games — in which, known as Sir Den-Gar, he is notably successful.

Dennis is not good at much else, however, including romance. But then he and his LARP pals must respond to a real-life threat: an invasion by some rather, er, unlikely terrorists.

Calderone, 36, is not himself a LARPer. But thanks to summers off from school, he had plenty of time to research the lifestyle, from the foam swords to the social stigma LARPers face. He claims the book’s details are “very accurate.”

At least as accurate is the setting: The Penn Hills native, who’s lived on the same street his whole life, set the book in neighboring Verona, complete with such landmarks as the famously lavender Hulton Bridge. There’s one little exception: For plot reasons, the whole town has been transplanted to an island off the coast of Washington state.

The book was actually accepted by a Canadian publisher a couple years ago, and originally published by that outfit, Calderone says. But when the publisher switched its focus to erotica — guaranteeing that a book about geeks wouldn’t get much play, so to speak — Calderone bought back the rights and last year self-published the book through Amazon.

LARP’s theme, says Calderone, “is that society tells you you’re really not who you think you are.” Also, he adds, “Anybody can be a hero.”

Along with Amazon, the book is available locally at Mystery Lovers Bookshop, in Oakmont; House of the Dead, a zombie-themed boutique in Lawrenceville; and Copacetic Comics, in Polish Hill.