Charles Long, a Butler native who became a leading baritone in the New York City Opera, visits two bookstores this weekend with his wittily titled Adventures in the Scream Trade: Scenes From An Operatic Life. 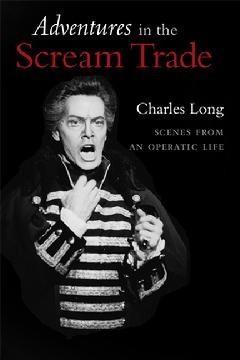 Tomorrow afternoon, he’s reading and signing copies at the Cranberry Barnes & Noble, and Saturday at the South Hills Village B & N. Both events run 1-3 p.m.
The book covers everything from his musical education to “the calamitous end of my career” — as he put it in a recent phone interview — and his second career as a symphony conductor and writer. (His expertise includes boxing.)
Long grew up in Butler and Mars, began studying music in high school and continued (with mixed results) at the Carnegie Institute of Technology. By the late 1960s, he was performing with the Civic Light Opera (back when it still staged shows at the old Civic Arena). At age 21, he moved to New York to pursue his singing career.
While Long has only visited Pittsburgh since (his mother still lives here), he does cite formative influences including Duquesne University’s Steve Romanelli.
Adventures in the Scream Trade (Mountain Lake Press) is companionably written in a bemused tone. It’s full of stories like the time an aging tenor lost his voice in the middle of Pagliacci, and his “cover” (understudy) tried to sing the role from the pit while the older singer’s wife urged her husband to try to belt it out anyway.
Long, an avid outdoorsman who now splits his time between Oregon and Arizona, calls Adventures “a book that will appeal to anybody who’s curious about show business.”
At the Oct. 12 and 13 events, he says, he’ll read “the funnniest stuff” from the book and answer questions.