Data from Zillow shows 2018 rents have increased 2.8 percent for poorer residents, while rents for wealthier residents have decreased 2.7 percent. 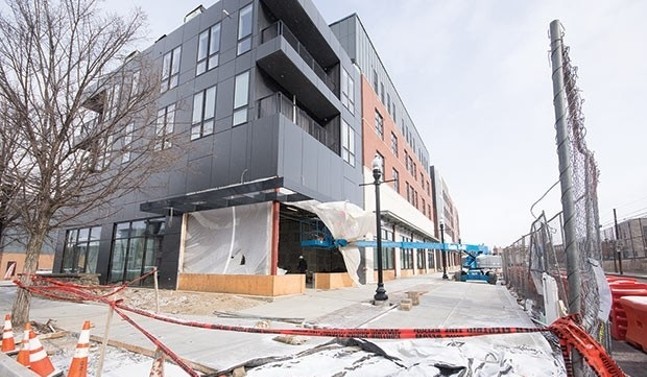 This disparity comes at a time when Pittsburgh is short tens of thousands affordable-housing units and the city is experiencing widening gaps in income inequality.

Randall Taylor, a housing advocate who has been involved in the fight over Penn Plaza, said this is an “unfortunate trend” for Pittsburgh.

“I know people who are desperate to stay in this city,” said Taylor of moderate-income residents looking for affordable units. “The landlords are seeing several inquiries for these units, so they know they can charge more. It is very unfortunate.”

Taylor believes the trend is fueled by an oversupply of luxury and high-end apartment units in the area.

In a report published in February, the Washington, D.C.-based real-estate research firm CoStar found vacancy rates at apartment buildings that opened in Pittsburgh in 2017 was close to 40 percent. A new luxury apartment building in the Strip District is even offering a month’s free rent to entice people to move in.

Rick Swartz of the Bloomfield-Garfield Corporation agrees demand for more inexpensive units is fueling rising rents. And he believes this demand will increase because lower-income earners are not seeing broad-based wage gains.

"Until real wages rise for working-class households, and this has not happened with the Republicans' much-vaunted tax cuts, the market is headed toward an even smaller inventory of units that [low-income earners] can afford," said Swartz. "Landlords with those units [will] take advantage of demand that exceeds supply."

Pittsburgh's June rents were not the highest they have been. Since 2012, the most expensive average lower-tier rent was $855, which occurred in 2014 and 2016. Rents in the lower tier are currently $32 cheaper. The peak upper-tier average came in 2015, when expensive rents reached an average $1813. Rents in the upper tier are currently $157 cheaper.

The trend of rising rents in the lower tier, while lowering rents in the upper tier, is a unique phenomenon in Pittsburgh, according to the Zillow data that stretches back to 2011.

Taylor says Pittsburgh's rental market, though still relatively inexpensive, is starting to resemble some aspects of West Coast and expensive rental markets. He fears the city is on the wrong track.

Many of those cities have begun to implement housing policies to address rental crises. Pittsburgh created an affordable-housing trust fund, called the Housing Opportunity Fund, in December 2017, but Taylor thinks these rental trends show the city must do more.

“We have to come up with an overall housing strategy in this city,” said Taylor. “We need to innovative. We can’t keep doing the same thing. I have hope that we can tackle this housing crisis.”
© 2022 Pittsburgh City Paper