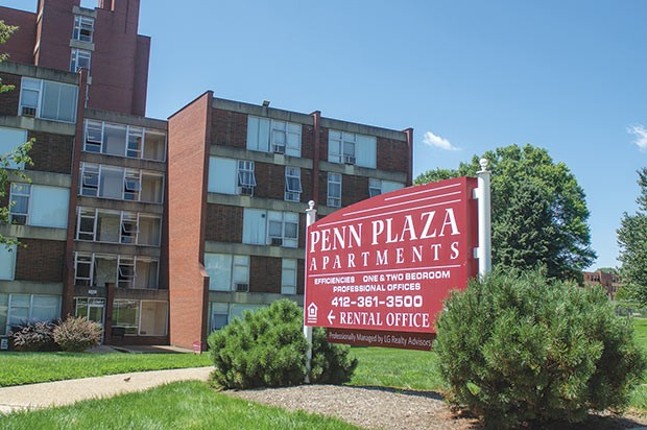 Planning commission chair Christine Mondor hinted at this issue during a recent planning-commission meeting, when expressing concern on voting to allow LG’s proposal to move forward.

Mondor requested a report from the City Planning department to provide “a framework or index to evaluate social, economic, and environmental benefit, comprehensive citywide data and trends, neighborhood profiles and ultimately neighborhood plans, a public process policy, and a housing strategy index, that will allow us to make decisions on projects such as this, in an informed way.”

Tim McNulty, spokesperson for Pittsburgh Mayor Bill Peduto, says the City Planning department is currently in the process of creating a plan in accordance with the Planning Commission's request.

This idea has support from housing advocates and public-policy experts alike. Some say it could be key to managing equitable development in areas like Lawrenceville and East Liberty that are experiencing growth.

Dan Yablonsky has been part of a group of activists calling for affordable housing at the Penn Plaza site. He says that since hundreds of low-income residents were displaced when Penn Plaza was torn down, the site needs to allow them to return.

“[The developers] have to prove their plan has a positive social and economic benefit,” says Yablonsky. “But nowhere is that defined.”

Sandvig says the community development field, where non-profit Community Development Corporations facilitate development, was created to revitalize neighborhoods and stem disinvestment. In terms of managing growth and preventing gentrification, the deck is stacked against CDCs.

The city needs stronger policies and ordinances to guide development, says Sandvig, especially in areas trying to serve residents of all income levels. This should also include a more transparent community process and more robust data-driven decision making.

“It’s not that CDCs can’t adapt to the new market realities. They can,” says Sandvig. “But they can’t do it alone. Just like with decline, the government needs to be a partner in rebirth. But we don’t have those tools. We’re largely still approaching growth as though we have none. And, for places like East Liberty and Lawrenceville, that can be dangerous.”

Sandvig says the planning department needs better tools to take in neighborhood input and assess true community need, in order to determine what kind of development is best for an area. And it’s not about just giving one option. The planning department can offer many different options about what should be developed at a given site. Sandvig points to the Buffalo-Niagara region’s plan, which uses a suite of data and robust community input to provide difference development scenarios and gages their impacts. Sandvig says Pittsburgh could have something similar.

This approach could help calm tensions between community activists and developers.

And if those concrete suggestions were in place before developers pitched plans, the community and housing activists would be more informed and could work with the city and developers. Instead, community groups and activists usually have to quickly respond to developers plans, and battles typically break out with little to no solution in sight.

“We as a city need more tools to assess our neighborhoods from a quality point of view,” says Sandvig. “Right now, it’s still an entirely reactionary process, and top-down. And, right now, the developers have more information on their neighborhood than the neighborhood itself does. Maybe more than the city does too.”

For example, Sandvig says PCRG recently conducted a deep analysis of Bloomfield. A large-scale development project is currently being pitched at the Shur Save grocery store in Bloomfield. Sandvig says PCRG’s data shows Bloomfield needs more affordable housing because of the neighborhood's high rate of rentals.

“But what we did was an extensive process that is rare in this city,” says Sandvig. “And, even with this, it’s shaping up to be Penn Plaza all over.”