I saw firsthand what happens when cities rapidly redevelop 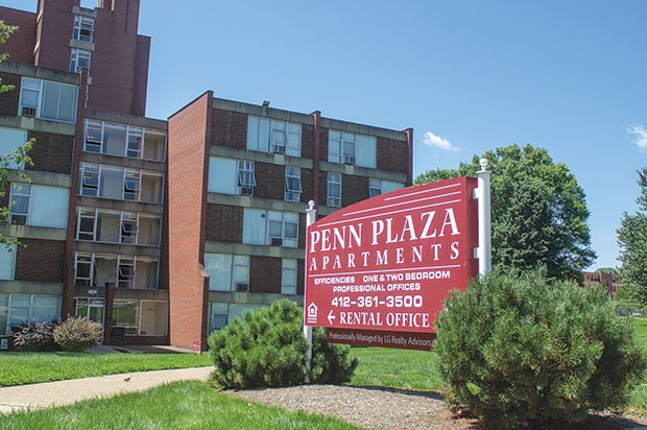 CP photo by Aaron Warnick
The Penn Plaza Apartments in 2015

I moved to Pittsburgh in August 2017, two months after the Penn Plaza Apartments were demolished. More than 6 months later, I learned the story of what happened to the complex and about the more than 500 residents who were evicted and displaced from their community.

As a new faculty member at the University of Pittsburgh and a recent transplant to Pennsylvania, some of you may wonder why I care about the Penn Plaza redevelopment plan. You’d be right to question my motives, since the redevelopment of East Liberty directly benefits me. However, the story of Penn Plaza and its title holder, LG Realty, is a reminder of what I witnessed happen in Toronto, Canada, over the past decade. Everyday people priced out of their neighborhoods, and local businesses evicted following rent increases.

I saw firsthand what happens when cities rapidly redevelop. I’m a university professor who was priced out of Toronto, the result of the unrestricted development of my neighborhood that led to a rapid increase in the cost of both residential and commercial rents. While Pittsburgh is ranked as one of the most affordable cities in America, the story of Penn Plaza signals a trend that we should all be concerned with. The replacement of affordable housing with high-end retail developments marks a short-term vision of urban revitalization. Without transparent community-driven collaboration with the people most vulnerable in our neighborhood, cities like Pittsburgh are poised to become increasingly unaffordable for all its residents. We need long-term planning in the city around affordable housing, rent control, and integrating current and former residents with new residents attracted to East Liberty.

LG Realty’s Feb. 26 development plan boasts a commitment to community development, but upon closer inspection, it has not included any designated affordable housing units in its building plans, nor has it addressed how the introduction of high-end retail space will drive rental costs up for local residents and businesses alike. Worse still, LG Realty makes no mention of affordable housing for the Penn Plaza residents driven from their homes.

For Pittsburgh to remain a livable city in the future, we all need to play a role to ensure that large redevelopment projects, such as the proposal for Penn Plaza, meet the actual needs of the communities they’re transforming. Residents of East Liberty, like myself, need to take a stand and ensure that members of our community, especially those who were displaced, have a seat at the table and a voice that is not just heard, but drives the vision of our neighborhood for the future.