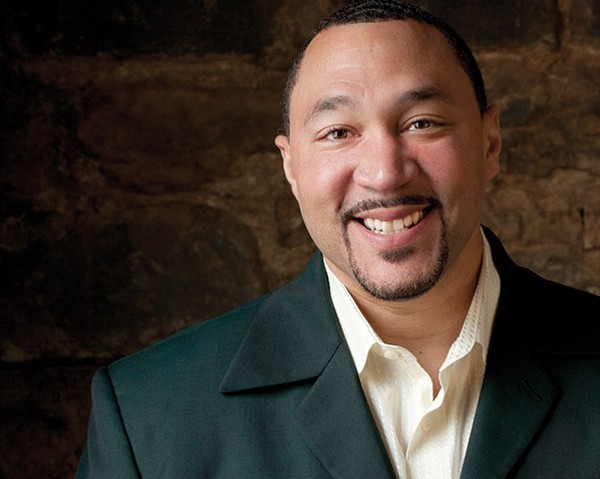 Once, for example, Batch was driving through McKees Rocks in the middle of the afternoon when he saw a young man walking down the street.

"So I stopped and I asked him, ‘Shouldn't you be in school?'" Batch recalls. The student told Batch that he was a football player and since he was failing he wasn't able to play. He didn't believe his teachers were taking the time to work with him.

"I physically took him back to school and talked with his teachers and principal, who put him on a program to get his grades up to play ball," Batch says. "Then several years later, I was playing in a charity basketball game at Bethany College and this young man walked up to me and asked if I remembered him. It was that same kid, and he said he wanted to thank me for helping him because he had just graduated from college.

"Through my foundation, we reach out to 2,300 kids every year, and it's the small memories like that that makes what we do worthwhile."

City Paper readers also clearly appreciate Batch's efforts and voted him the city's most fan-friendly athlete — an honor Batch calls "very humbling." For Batch, who until this year spent 11 years as the Steelers' backup, being friendly and accessible to the fans is a natural undertaking.

"I know how important it is to be there for the fans because growing up in Homestead, I was that fan," Batch says. "Plus, my mother lived in the same house for 20 years and my grandmother for 35 years, so I'm not a hard guy to get a hold of."

Batch was drafted in the second round of the 1998 NFL draft by the Detroit Lions. He began the Batch Foundation in 1999, focusing at first on literacy and computer programs for children in both Pennsylvania and Michigan — an effort to honor his sister, who was shot and killed in 1996. Once he became a Steeler, in 2002, Batch shifted the program completely to his hometown. He's been interacting with and helping local youths ever since.

And now that he's retired, Batch says he has even more time to spend with his foundation and the fans.

"For the first time in years, I have the fall off," says Batch. "That gives me more time for speaking engagements and more time to do events with the fans and work with the kids.

"I've had a great career, and the opportunity to give back to the community where I grew up has really been special."