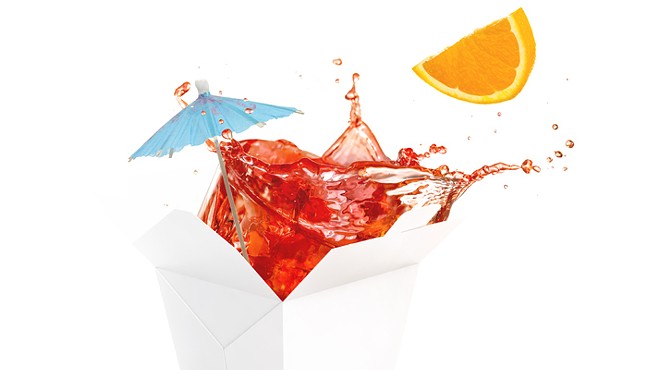 Soon, Pittsburghers will be able to order cocktails to-go.

Pennsylvania Gov. Tom Wolf signed HB 327 on Thursday, which allows restaurants and bars to sell mixed drinks for takeout. The bill permits establishments holding a valid restaurant or hotel liquor license to sell four-to-64 ounce prepared beverages in sealed to-go containers. To qualify, a business must have lost 25% of its average monthly sales due to shutdowns.

Alcohol sales make up a large part of revenue for many restaurants and bars, and in lieu of cocktail sales, local establishments have already turned to selling six-packs of beer and wine-by-the-bottle to make up for lost profits. Mad Mex has launched margaritas for takeout, turning the cocktail into a malt beverage in compliance with Pennsylvania Liquor Control Board (PLCB) regulations. Hidden Harbor in Squirrel Hill worked around PLCB rules with “just add alcohol” mocktails. With this legislation — which passed unanimously in the state Senate last week — restaurants and bars have another opportunity to generate extra revenue.

The bill states that all to-go cocktails must be sold in a sealed container. This can be something as simple as a soda cup, as long as the holes and openings for straws are capped with an additional seal. (Mad Mex is selling its margaritas in plastic Tupperware.)

It’s Cinco de Mayo. It’s Taco Tuesday. You know what to do! 🍹 🌮 🎉 We’ve got Breakfast Mex from 9-11am & we’re fully stocked on Mad Mar-GO-ritas. Carry out a Taco Mad Pack for 4 or 6 with your $10 growler fill. 🍺 And if you’ve ever wondered what it would be like to eat a #Gobblerito on Cinco, THIS is your one and ONLY chance. Happy Cinco de Mayo! 🇲🇽 🐎 🥳 #getmexyathome #cincodemayo #tacotuesday #madmargorita

All takeout drinks — still considered to be open containers — can only be transported in a driver’s trunk or an area of the car where there are no passengers. Mixed drinks cannot be sold past 11 p.m., and the four-ounce minimum prohibits the sale of shots.

This bill is only in effect for the current emergency period and as businesses operate at 60% capacity or less. The bill also permits licensees to sell liquor to other establishments, allowing any restaurant that chooses not to reopen to get rid of unwanted or unneeded inventory.

According to the Distilled Spirits Council, Pennsylvania is the 33rd state to allow to-go mixed drink sales.