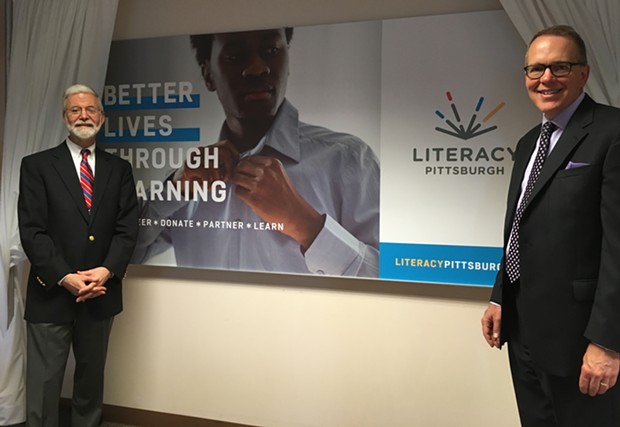 CP photo by Sabrina Bodon
Don Block (left) and Gary Singery (right)
Literacy is more than just the ability to read and write. It’s the ability to help a child with their math homework, understand a doctor’s prescription and fill out government forms.

For the past 35 years, the Greater Pittsburgh Literacy Council has provided the Pittsburgh region with free educational programming and workplace resources. On May 2, the GPLC rebranded as Literacy Pittsburgh with hopes to better market its services and reach a wider audience.

“Our new brand and name is more inclusive and more encompassing of what we’re already doing,” said Literacy Pittsburgh Board of Directors President Gary Singery at the press conference. “We’re far more than an adult education program.”

Block estimates that the number of people in Allegheny County who need basic literacy services exceeds 126,000 people, about the number of seats found in PNC Park, PPG Paints Arena and Heinz Field combined.

“If you put all of those seats together, that still doesn’t reach the number of people in Allegheny County who need our services,” Block said. “Everyday about 5-10 more [residents] call and say they need help.”

In the last year, 184 people who were unemployed before becoming students found employment following programs provided by Literacy Pittsburgh, according to Block.

Former student Nate Bashioum came to the GPLC in his twenties after dropping out of high school. With the help of tutoring and volunteers, he went on to earn his GED, an associate degree in business from the Community College of Allegheny County and later this month, he will graduate from Carlow University.

“I’m excited to see what the future holds for a new Literacy Pittsburgh,” Bashioum said at the rebranding ceremony on May 2. “Getting my GED was the end of a long road for me and all my tutors were with me every step of the way.”

The rebranding has been more than two years in the making, according to Block. In 2015, the GPLC reached out to an outside firm to discuss its brand. After an audit, the firm described the name and logo as “tired.” By rebranding, Literacy Pittsburgh hopes to add a refreshing name and look to attract new students.

“I think people are really beginning to understand the broad range of our services,” Block said. “It’s more than just reading and writing, it’s understanding.”

A delicious bacchanal of Greek Food is headed your way 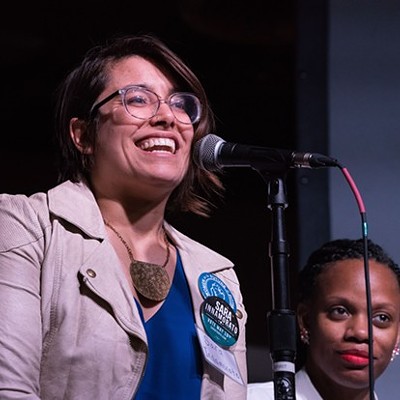