“I call it like a Barbara Walters special with music.” 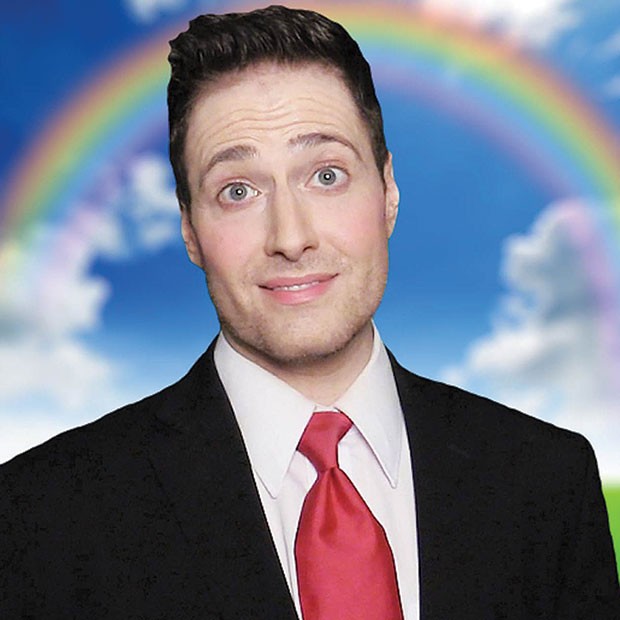 YouTube star Randy Rainbow — best known for his song-parody-filled takedowns of the Trump administration — wasn’t born addicted to CNN. In his earliest viral videos, dating to his 2010 breakout, “Randy Rainbow Is Dating Mel Gibson,” he focused as much on pop culture as on politics. That changed during the 2016 presidential campaign.

“Once the numbers [of views] started increasing with these political videos that I was doing, it kinda became clear that this was going to be my gig for a while,” says Rainbow, by phone from New York City.

Ever since, he’s been releasing a video every two weeks or so, from his fake interviews with Trump to “How Do You Solve a Problem Like Korea?” (“Why does your mouth always have diarrhea?” Rainbow inquires of the president). Views occasionally pass 500,000, as with October’s “Desperate Cheeto” (“getting worse with every stupid tweet-o”). Fans including Dan Savage have called Rainbow the best thing to come out of the presidential election.

Rainbow, now a confessed “news junkie,” tracks social media to “see the story that everyone’s most up in arms about.” His videos are solo productions, with Rainbow throwing shade as he interacts with news footage while donning various costumes, wigs and cat’s-eye glasses, and singing in his Broadway-ready voice.

“I do everything myself. Nobody wants to work with me,” quips Rainbow. “I do them in my little studio apartment in Queens. ... I have a green screen that takes up most of my living room.”

Between videos, he’s developing a TV show. “My dream would be to have a variety thing,” he says. “Kind of like Pee-wee’s Playhouse meets The Daily Show.”

Rainbow also performs live. On Nov. 16, he brings to town a solo show he’s been touring nationally since the summer. “I call it like a Barbara Walters special with music,” he says. “I show some of my most popular clips, and I do a lot of the parody songs live. And there’s some audience interaction stuff, and it’s just an evening with … me!”

The Pittsburgh show, his first ever, benefits Planned Parenthood of Western Pennsylvania. “I’m not even on birth control; I have nothing to do with Planned Parenthood,” he notes. “But I’m happy to always help out a good cause.”