Youngsters in Meltdown hearken back to classic thrash

Along with other '80s nostalgias, a certain segment of Pittsburghers harbor a longing for the simpler days of Cold War-era metal brutality, well before the heavy-music scene split into its current innumerable subgenres. There's also a group of young locals -- so young they were in their bassinets when this music first surfaced -- who worship at the throne of the thrash-metal era: Meltdown.

From Anthrax and Celtic Frost to Slayer and Sepultura, there isn't a single band listed on Meltdown's MySpace influences whose heyday wasn't two decades ago. This means that these four guys from the South Hills area, two of whom are still under 21, must have analyzed albums and videos to hone their sound -- so Meltdown gets an A for careful scholarship.

But how's the music? Well, it's classic thrash style, with swift tempos, powerfully screamed vocals (i.e., not melodic power-metal), head-banging riffage by Dan Wetmore and Ben Mottsman, and blistering leads by guitarist Jeff Potts, who's obviously studied at the feet of the masters. It's all very accomplished and well recorded.

To Gen Y teens into current bands who wear makeup and baggy pants ("we know how to play guitar and wear clothes that fit us," say the denim-clad members of Meltdown), this will all seem like something from their dad's record collection, designed to inspire grizzly heshers approaching middle age to raise their gnarled fists. Yet the DIY punk sector also seems to admire this band's music, since it's so well done and loyal to its aesthetic.

While Pittsburgh's metal community may be mostly dormant and hard-to-find, that isn't necessarily true elsewhere. Apparently, there's a considerable thrash revival in southern California, and Meltdown has relocated to Los Angeles in the hopes of getting noticed by the likes of Nuclear Blast and Metal Blade.

Hmm ... moving to L.A. to try to get signed by a label? Sounds very '80s, doesn't it? Hope it works, and that they come back through soon on a tour with some of their heroes. 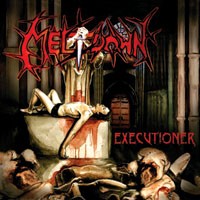