Wylie Holdings has cashed in on Lawrenceville’s revitalization, but is it being a good neighbor? | News | Pittsburgh | Pittsburgh City Paper

Wylie Holdings has cashed in on Lawrenceville’s revitalization, but is it being a good neighbor?

“Real-estate speculation can be a very amoral enterprise.” 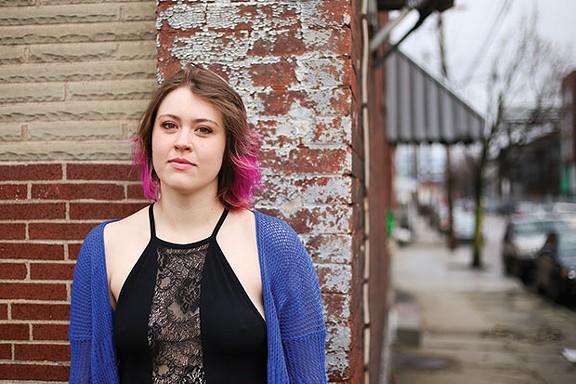 In 2000, Lawrenceville resident Joseph Zmenkowski passed away at the age of 81. He had owned his home on Denny Street for 50 years. A year later, a small real-estate company called Wylie Holdings bought his home through an estate sale for $1,000. Sixteen years later, the property is listed on Wylie’s website as “ready for renovation” with an asking price of $165,000.

Pictures on Wylie’s website show walls covered in chipped paint, a kitchen with ancient appliances and an attic filled with holes and rotted wood. Also, Pittsburgh City Paper couldn’t find any renovation permits for the property listed in the records of Pittsburgh’s Department of Permits, Licenses and Inspections.

The process of buying a property cheaply, waiting and making no improvements, and then selling high is known as land speculation. Free-market proponents say it’s the benefit of entering a risky market early; critics say the tactic can inhibit the equitable, community-minded development neighborhoods try to achieve.

For Wylie, land speculation is just one part of a mixed real-estate portfolio. While Wylie’s management team of Joe Edelstein and Ron King have been a force in helping Lawrenceville’s Butler Street transform from grubby streetscape to Pittsburgh’s hippest business district, their record as landlords has drawn strong criticism from tenants. And while Wylie has won more than 30 awards for preserving historic buildings, some community-oriented developers say Wylie’s development tactics also help to spur gentrification and, at times, can hold properties hostage in the name of earning profits. Financially, Wylie has become wildly successful, cashing in on the rapidly changing housing market in Lawrenceville and beyond. But what does this mean for the neighborhoods it works in?

Rick Swartz, of the community-development organization Bloomfield-Garfield Corp., says residents who are concerned with rising home prices and rents have little ability to keep their neighborhood affordable.

“The community has no leverage, either legal or moral, that it can use to stop that from happening,” says Swartz. “What it obviously does, is it raises the stakes of the people in the community that are trying stay.”

Starting about 20 years ago, in a small office on Butler Street, Wylie began scooping up properties for cheap, mostly in Lawrenceville. It purchased lots and homes, sometimes for only a few hundred dollars, through private estate sales and from the city of Pittsburgh and the U.S. Department of Housing and Urban Development. Since then, Wylie has bought and sold hundreds of properties. Some properties it remodeled and sold within a couple of years, making hundreds of thousands of dollars in profit, while creating homes Wylie is proud of.

“We saw potential where others didn’t,” wrote Wylie business manager Joe Edelstein in an email to CP. (Wylie would only agree to answer questions for this story by email.) “There were few, if any, other interested buyers, and it was a risky business strategy that involved buying hundreds of small properties with hopes of spurring revitalization in the long run.”

With dozens of these properties, Wylie made no improvements and sold them for amounts that were sometimes more than 20 times its original investment. The company is currently employing this strategy on a lot in Bloomfield, which it purchased in 2014 for $6,800 from Bank of New York Mellon.

The gravel lot is next to the new 39-unit affordable-housing building for veterans on Penn Avenue and Mathilda Street. Affordable-housing nonprofit Action Housing developed the property, and its director, Linda Metropulos, says Action tried to purchase the adjacent, Wylie-owned lot twice to use as an extra parking lot for tenants (initially for $32,000 and later for $52,000). Wylie refused, and the gravel lot, originally listed at $300,000, is currently under contract.

According to a review of Allegheny County property-record data, when factoring in purchase and sale prices, as well as renovation costs listed in Pittsburgh’s permit department, Wylie made more than $3 million in profit from property sales and flips in 2016. Of this $3 million, $1.6 million was earned from land speculation alone. Since 1998, Wylie has purchased 171 properties, mostly in Lawrenceville, and has sold 54 of those so far.

Swartz says this puts those who want to create equitable development in neighborhoods behind the eight ball. “The private market is going to do what it wants to do,” says Swartz. “As long as it’s not illegal and conforms to city code, there is not a whole lot people can do to deflect the trend, other than outrun it.”

But that strategy likely won’t work for Lawrenceville. Most of Wylie’s properties are in that neighborhood, and the company has had a presence there since the beginning of the neighborhood’s revitalization. For its part, Wylie contributed to Lawrenceville Corporation’s goal of transforming Butler Street by renovating retail spaces along the corridor, which helped attract the hip retailers and restaurants that dominate there today. Swartz says this strategy helped light the fuse for a development explosion, which has contributed to high rents and expensive home sales.

Lawrenceville Corporation, a community-development group, has taken steps to address affordable housing over the past couple of years by establishing a Community Land Trust. In it, seven homes will maintain affordability from owner to owner in perpetuity, but Swartz says Lawrenceville Corporation has a long way to go to catch up to Wylie and similar developers. (Wylie recently sold an unrenovated house on the far edge of Lawrenceville, past 57th Street, for $300,000.)

“Someone fired the starting pistol, and all the other horses were released from the gate, and [Lawrenceville Corporation] are still back in the gate,” says Swartz.