With interest in Canadians at a seasonal high here in Pittsburgh, WYEP has perhaps picked the perfect time to present the Sam Roberts Band as headliners at the station's annual free summer music festival. The Montreal-based band heads a lineup of heavy hitters at Oakland's Schenley Plaza on Fri., June 26.

Roberts, whose latest album, Love at the End of the World, dropped in the U.S. this past winter, is one of Canada's best-known adult alternative artists (the label "indie" might be misleading in reference to his band, which is signed to a subsidiary of Universal). The rocker's most notable Pittsburgh connection may be that he performed at 2008's NHL Winter Classic in Buffalo, which the Penguins of course won.

Acoustic stalwart Dar Williams, a longtime WYEP favorite, appears at the free show too; her most recent full-length, Promised Land, was released last fall on Razor & Tie and made it to No. 95 on Billboard's Top-200 albums chart. Also appearing is another band of Canucks, Winnipeg's folk/world-music jammers The Duhks. Local pop-rockers Meeting of Important People open the night.

While the family-friendly festival is in its 12th year, last year was its first at Schenley Plaza, near the Carnegie Library at the entrance to Schenley Park; the venue suits the hip-but-laid-back vibe of the evening. Attendees are encouraged to bring a blanket for seating on the lawn. The show goes on rain or shine; there's a big tent in the plaza that will be available (and likely quite crowded) in the event of showers. 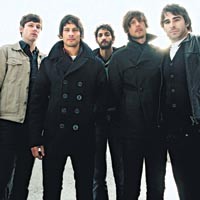