WYEP marks 40 years as "the station that refused to die"

"People probably underestimated the passion of the city to keep the radio station around." 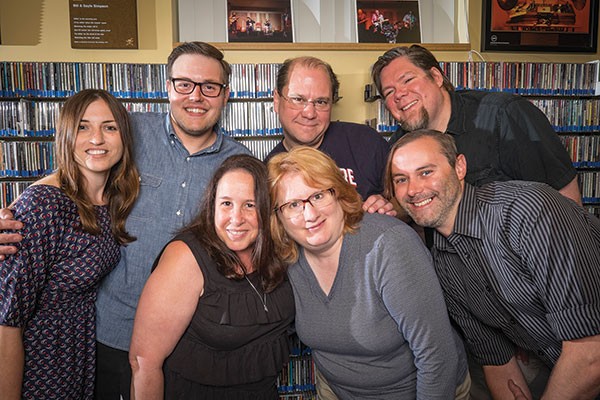 It was the early '90s, and legendary Pittsburgh soul singer Billy Price was headed to a gig when the radio murmured a soft bass line, offset by fluttering violins and a deep, full voice. WYEP's Rhett Witherspoon was spinning Joe Simon's "Your Time to Cry," and Price was transfixed.

"This song knocked me in the solar plexus," Price laughs. "I pulled off the highway, and I went to a phone booth, called up and said, 'Rhett! Rhett, what was that record you just played?'" That was all it took for Price to fall for the song; he would later record his own version, which ended up on his Soul Collection album. It's just one example of the station's impact on local listeners and musicians alike.

Though it's inspired some grand endeavors, WYEP's genesis was hardly a lofty one. The first cracklings over 91.5 FM on April 30, 1974, came from a few friends, a grand idea, and a basement.

When he suggested building an archive to celebrate WYEP's 40th anniversary, music director and Midday Mix host Mike Sauter met with some opposition: The project was deemed too hard, too time-consuming. Still, he persisted, collecting newsletters, reel-to-reel tapes, and interviews with founders Jeff Smith, John Schwartz and Ellory Schemp. Through it, he's gained a feel for the climate in 1970s Pittsburgh and the urgency with which WYEP was conceived — and preserved.

"If we waited for another milestone, like the 50th anniversary, who knows how much history is going to be lost in that time?" Sauter points out. He shares discoveries with the public daily, through WYEP's "Time Capsule" segment.

As Sauter explains it, WYEP was a very different place in the beginning, and not just because of its decrepit Oakland location at 4 Cable Place. "Almost all of the people who were going to be on the air had no experience doing any kind of radio whatsoever." A sounding board for community announcements, WYEP was not terribly formal. There are accounts of impromptu station keg parties, someone getting mugged on the air, and a DJ almost being electrocuted because of a flash flood.

This early period also made WYEP its own time capsule. Investigative programs were recorded from remote events like a KKK rally, and Sauter has found interviews with folk singer Pete Seeger, science-fiction writer Issac Asimov and Monty Python member Graham Chapman, all now deceased. His research has given Sauter a glimpse into 1970s "society at large, and broadcasting as well."

Schwartz and Smith poured savings into the station, tirelessly securing grants from organizations across the country. Schemp, a University of Pittsburgh professor, got involved mostly because he was the only one of the bunch who owned a suit. Schemp, Schwartz and a rock-climber friend would eventually install WYEP's first antenna atop the Cathedral of Learning.

By 1982, WYEP had improved its signal from 850 to 18,200 watts. But a new transmitter in Hazelwood increased costs, since Pitt was no longer footing the bill. "At the time, we thought: You increase the power, you increase the listenership," recalls former treasurer Bruce Mountjoy, who still hosts the station's weekly Bluegrass Jam Session show. 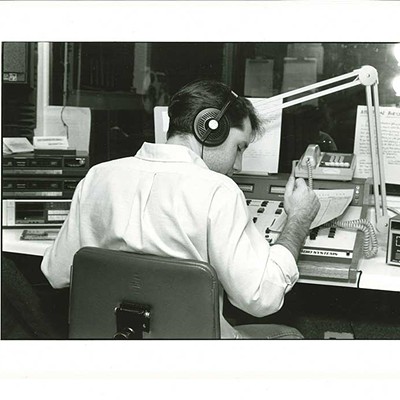 Ensuing events proved otherwise. "In 1985, we had raised $12,000 for the whole year," remembers former president of the board Peter Rosenfeld. "Even back then, a station with our power had about half-a-million-dollar budget. $12,000 wasn't enough to pay the light bill." It was a fact that Duquesne Light made very clear. In one instance, Rosenfeld was able to temporarily stave off the bill when an attorney from the power company realized he'd be a guest at Rosenfeld's wedding. (The attorney, it turned it, was related to the bride.)

It seemed 1970s WYEP had done something better than 1980s WYEP. "It wasn't just happy hippies on the air," Rosenfeld reiterates, citing the founders' ability to secure foundation support. "In public radio, if you're doing really well, 10 percent of your audience will support you financially." Support from 10 percent of the station's estimated 1,000 listeners wasn't going to cut it, and Rosenfeld says in the '80s, the do-it-yourself vibe at WYEP made the staff hostile toward grant-seeking.

And with disjointed programming — an Arabic Heritage Hour, an American Indian Hour, Irish music and jazz — listeners weren't going to tune in all week, let alone support the station. Mountjoy and Rosenfeld found themselves meeting at Silky's in Squirrel Hill each week, writing a check to the company most likely to shut off their service.

Though WYEP needed a revamp, the idea of bringing in outside help met with resistance from a group accustomed to a DIY mentality. Seated around a table at the old House of Chang, in Oakland, the board considered handing its license over to WQED, the University of Pittsburgh or even a religious broadcaster from Virginia Beach. Eventually, the board dissolved itself, appointing a committee to construct new bylaws. It was better than the alternative, Rosenfeld explains. After all: "We had demonstrated that we weren't good stewards of the license."

With permission to renovate from the FCC and a handful of volunteers still dedicated to the cause, WYEP hosted a fundraising event featuring Billy Price and the Keystone Rhythm Band. Eventually, the station was able to outfit a completely new studio at Chatham College.

The basement studio was "like the Starship Enterprise compared to what we had at Cable Place," Rosenfeld says with a laugh. It featured new equipment, two spaces for live performances, and — Mountjoy emphasizes — air conditioning. By gathering representatives from Chatham into the mix, as well as professionals in marketing and accounting, WYEP found the support it had been missing from the community.

"It was probably in the late '80s and early '90s when the station started really becoming the tastemaker on the national music scene," says current general manager Abby Goldstein, who had corresponded with the station in her days as a music promoter. She laughs upon hearing Mountjoy's characterization of WYEP: "the station that refused to die."

"I think it's very accurate," Goldstein says. "People probably underestimated the passion of the city to keep the radio station around."

Former general manager Lee Ferraro "knew they turned the corner, and were doing fairly well," when he arrived in 1996. He was also aware of a high turnover rate among general managers at the station in the early '90s. "But I knew there was a passion for the station," Ferraro claims. "I knew I wasn't coming into a happy family, fully mature, but I knew Rosemary [Welsch] was very good at her job, and some of the board members I'd talked to were very committed to the station."

WYEP needed to consolidate its brand to become a uniquely Pittsburgh asset. Instead of being "the granola station, or the lesbian folk station," Ferraro realized "we had to be more about great music, and building great community."

During the late '90s and into the 2000s, WYEP would cement its current format: adult album alternative, with a mix of contemporary indie rock (especially in prime time) and roots music. Most of the daytime blocks adhere to a regular rotation with DJs adding in their favored songs; overnight, the station still has free-form DJ blocks.

Soon after being hired, Ferraro got in touch with the producers at NPR's syndicated live-music-and-interview show The World Café. The idea was to bring a broadcast to The Andy Warhol Museum, after which the bands would move to an outdoor stage and serenade tailgaters. The nationally broadcast program could bring attention to the Warhol, as well as Pittsburgh's other cultural offerings. During The World Cafe's Warhol run, from 1997 through 2007, WYEP's Summer Music Festival expanded from the museum parking lot to North Shore Riverfront Park, and finally to its current location in Schenley Plaza, where attendance tripled. (The 16th Summer Music Festival takes place Saturday, June 28; see info box.)

Under Ferraro's leadership, WYEP was gaining recognition on a national level, and it needed a true home base. As the station began planning to build a new studio, green architecture was on the rise, especially in Pittsburgh, where the new convention center was built to be environmentally friendly. As a progressive organization, a green structure "was in our DNA," Ferarro says. "We were leaders, and our listeners would expect us to do that."

WYEP had already been in the South Side for eight years when planning began in 2002. The goal was to begin broadcasting from Bedford Square as WYEP entered a new year, but winter of 2005 found the station scrambling again. Though the capital campaign had been successful, receiving endorsement from Allegheny County Chief Executive Dan Onorato and former Pittsburgh Steeler Lynn Swann, "We weren't quite sure if all of the equipment was going to work properly," remembers content director Kyle Smith. "But it all went off quite well." After its completion, the building would receive a LEED Silver rating, the first time a radio station's home was certified green.

In February 2006, the widely recognized voice of WYEP, Rosemary Welsch, announced the first song played out of the new studio: "Radio Radio," by Elvis Costello.

Its home base firmly situated in the South Side, WYEP was about to become an even bigger force. When mostly-jazz NPR affiliate WDUQ went on the market, administrators at WYEP realized they had the funds to take on a sister station.

WYEP still plays a meaningful role in the education of its inspiring musicians. Last fall, the station launched Reimagine Media, a site written and curated by students. WYEP will release a compilation album of local student acts later this summer, and invite each contributor to perform at a station-sponsored concert.

As Ferraro attests, "I don't think people realized how mature WYEP was, or just what a sophisticated organization it had become over the years." With 90,000 weekly listeners, it's not just the station that refused to die: It's the station Pittsburgh kept alive.