Wrath of the Titans

This man-vs.-demigods-vs.-gods-vs.-volcano donnybrook is boring and confusing 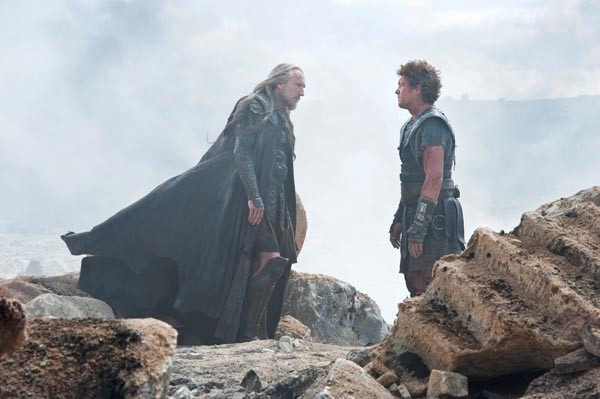 Sadly, the added dimension in Jonathan Liebesman's Wrath of the Titans isn't plot. If this your first 3-D movie, you might be entertained by the ash flying in your face, the tumble into the underworld or Zeus' mighty beard flowing off the screen. But all the visual distractions — and that includes Sam Worthington as our hero, the half-god Perseus, and Rosamund Pike, as a beautifully coiffed military commander — can't save this sequel to Clash of the Titans from being a boring, confusing mess.

It's major male melodrama: Uncle Hades and half-brother Ares kidnap Perseus' dad, Zeus, and deliver him to the major God-Father, Kronos, so that the life may be sucked out of him. So, Perseus hooks up with his ne'er-do-well cousin, Agenor (son of Poseidon), and the beauty-queen general to rescue Zeus. Later, Perseus must defeat Kronos (who takes the earthly form of a giant volcano), by bundling Zeus' thunderbolt, Hades' pitchfork and Poseidon's trident to make One Stick to Rule Them All!

There's an awful lot of yelling, running and clanging, and it all couldn't be less engaging. The only thing in its favor is that this man-vs.-demigods-vs.-gods-vs.-volcano donnybrook wraps up in a tidy 90 minutes.