WQED's Cartoon Academy invites everyone to learn to draw cartoons 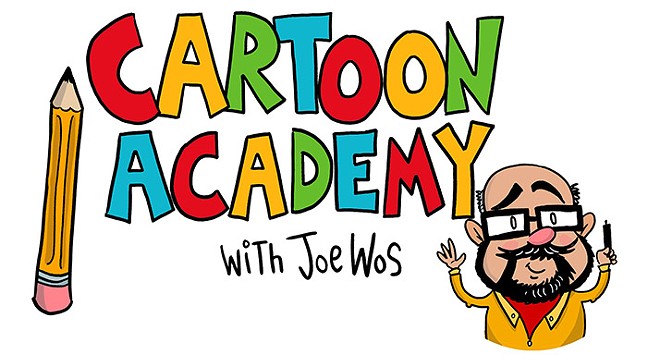 The Cartoon Academy logo, featuring a cartoon-ified Joe Wos, who will teach the course.
Comics and cartoons are finding new life outside of the Sunday funnies. As the art form becomes more accessible from artists posting their work online, offering artistic and creative breaks in people’s feeds, Pittsburgh cartoon artist Joe Wos wants to teach anyone, regardless of age, how to get started drawing, too.

Through WQED Education and the Pennsylvania Department of Education’s “Learning at Home” initiative, Wos will teach six courses that guide students through the creative steps of drawing cartoon characters.

“I hope that kids will just enjoy the joy of creating," says Wos. "There is a reason they are called magic markers, and for me it’s because the ability to create a cartoon character is pure magic."

Wos began working professionally as a cartoonist when he was 14 years old, and he’s been drawing mazes since he was 7. The award-winning, internationally syndicated cartoonist has been teaching cartooning for more than 30 years, including a self-produced "How to Toon" class early in the pandemic. Now, his WQED classes through Cartoon Academy will start at an elementary level and build to more advanced techniques and concepts such as creating texture and facial expressions. 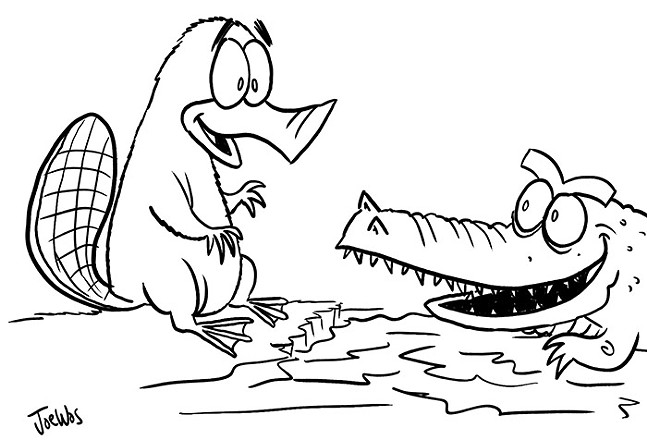 Illustration: Joe Wos
A sample of the cartoons from “Down Under” Wos will teach students how to draw.
The classes are divided into two chapters: “Down Under,” which will focus on drawing cartoon characters based on animals from Australia, and “Down on the Farm,” which will feature some of Old McDonald’s most famous denizens. Lesson plans, extension activities, and coloring sheets to accompany the classes will be available on WQED’s website.

While some adults may think of the classes or cartoons as childish, Wos encourages people of all ages to try their hand at the art form.

“Too often I hear, ‘I used to draw when I [was a] kid but haven’t drawn since,’” Wos says. “The pencil and paper are always there, just waiting for you to pick them up and start drawing again.”

The classes will be released on WQED’s YouTube channel and at
wqed.org/cartoonacademy on Feb. 17, 18, 19, 22, 23, and 24. The entire series will air on the WQED Showcase Channel on Thu., Feb. 25 at 3 p.m. and will rebroadcast every two weeks at the same time through May. In the spring, WQED will announce a social media cartooning contest where students from the class can put their new skills to use.