“When we hit the stage, it’s pure energy and pure magic as far as I’m concerned.” 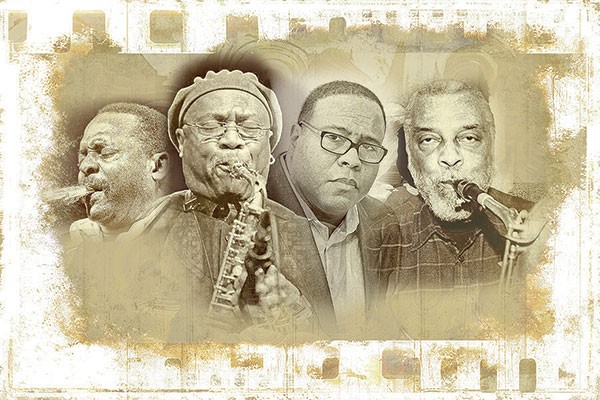 “We haven’t done a performance in about two and a half years,” says alto saxophonist Oliver Lake. “We’ve been taking a break.” Considering the group has been together for more than four decades, the time off represents just a small blip on the radar.

Along with Lake, the WSQ includes Hamiet Bluiett (baritone), David Murray (tenor) and Bruce Williams (alto), the latter occupying the “floating” seat held by the late Julius Hemphill at the band’s inception. The four horns have played with and without accompaniment, on material that ranges from freewheeling original pieces to thoughtful interpretations of Duke Ellington and Jimi Hendrix.

Time has done nothing to diminish the rapport between the four musicians. “That’s the thing that’s been exciting about the group. When we come together, there’s been a magic that’s happened [from] the first concert that we did in New Orleans — I’m guessing it was in 1978,” Lake says. “That magic that happened onstage and the response that we got was what kept us together. And that energy has sustained throughout the years. So when we hit the stage, it’s pure energy and pure magic as far as I’m concerned.”

The WSQ performs as part of an annual event staged by City of Asylum. Lake has been part of the presentation for 11 years, in which poets collaborate with jazz musicians. (Poets Adriana E. Ramirez and Osama Alomar perform with them.) To mark the opening of City of Asylum’s Alphabet City performance space, Lake also performs a solo set on Thu., September 15, while Bluiett performs with Pittsburgh’s Roger Humphries the following night. “It was really great watching it grow,” Lake says of the event. “And now there’s a building and it’s going on for a month!”

Jazz Poetry Month comes to Alphabet City on the North Side