Photo: Brandy Richey
Michele Michaels
While you're cooped up inside, you can still listen to the radio! In honor of Women's History Month, City Paper will be highlighting women in Pittsburgh's airwaves throughout the month.

Time in radio: Been at DVE for 35 years of the station's 50-year history
How did you know this career was what you wanted to pursue?

I used to get in trouble for talking too much as a kid in school. Had the class clown thing going on too. It was awesome entertaining my friends, but drove the nuns at Catholic school crazy. Who knew I'd make a living from it?


I went to college for psychology, then to be an English teacher. At the time, teachers were being laid off, so I was looking for a plan B. I started working at the college radio and TV stations for something to do. I started in college radio as a classical music announcer and ended up a rock jock and station manager of Penn State's radio station, then called WDFM, now called WPSU.
What is your favorite part about working in radio?

Hanging with the listeners on the phones. Yes, people actually still call in old-school on the request lines, as well as hitting us up on social media. Because I've been on DVE for so long, I have years-long relationships with so many listeners. I've played them songs when they were teens chasing a girl or a guy – then when they got engaged, married, had a kid, and now the kid listens to us too. I am the luckiest person around to have this job, and to be able to talk to, and with, our listeners every day, both in Pittsburgh, and around the world.
What’s something most people don’t know about your job?

People tell me all the time how lucky I am to be able to roll into work at 10 am.. and be gone by 3 p.m. All the people you hear on the air at DVE spend a great deal of time on show prep – I start around 6 a.m. combing through news, TV, social media, entertainment info, and listening to the DVE morning show to catch me up on what's happening. Having said that, it's still a kickass way to make a living. I'm super-blessed.

Is there any advice you can give to young women looking to work in radio?

My advice for young women would be the same as that for young men: Be versatile. Be open to anything related to putting your voice or talents out there. On-air work, be it on traditional radio, podcasts, promotional, and marketing work. The more you know, or have experience with, the more chance you have to be noticed by employers. And don't give up. Sooner or later, someone will give you a chance.
One fun fact about yourself.

I was so nervous the first time I opened a microphone and went on live radio as a DJ, I forgot my name. Thank God I had written enough stuff on a piece of paper to get me through that first break. And I was awful. For a pretty long time. Pretty cool that I eventually got the hang of it.
How do you spend your time, when not on air?

When I'm not on the air, or doing station activities around the Burgh, I'm a competitive Latin and Ballroom dancer. I compete around the country throughout the year. So I'm in a dance studio a lot.
Favorite song of the moment.
No clue. Depending on the day, it could be something from Metallica, Chili Peppers, or Ella Fitzgerald. Or I'll get a song from a local band, like the Hawkeyes, Gene the Werewolf, or the Clarks stuck in my head, and I'll just ride that wave. 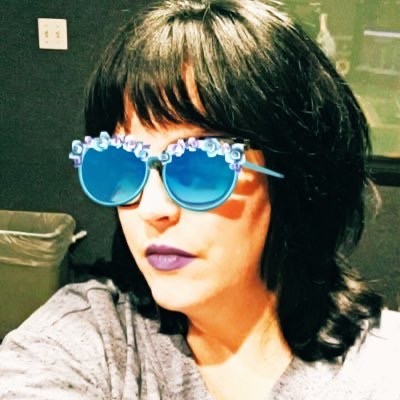