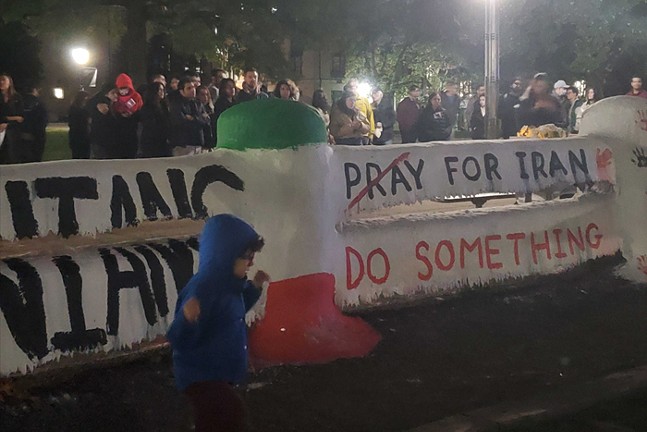 These words, chanted in Kurdish, rang out across the campus of Carnegie Mellon University as Iranian nationals living in Pittsburgh gathered last night to protest brutal government reprisals.

About 100 stood together on the open grassy campus, where they lit candles in honor of 22-year-old Mahsa Amini, who died last week in police custody after her arrest for violating Iranian dress codes that demand women cover their heads in public. Those gathered said their goal was to mourn Amini’s death and raise international attention to the broader human rights abuses by the Iranian government.

“They came here maybe just to shout some words to relieve themselves because they cannot do anything,” Sara*, one of the organizers, tells Pittsburgh City Paper. “And after that, maybe we will feel we have a little bit of relief.”

Protests have sprung up across Iran in the days since Amini’s death, and, in response, the government has shut down most of the country’s internet and cell phone service to suppress the uprisings. Police have reportedly killed several protestors.

“The government killing their own people — it’s the worst feeling,” says Sara. “ I hope you’re never going to feel it, anytime, anywhere.”

Sara says it took her several hours to reach her family in Iran using a landline service to check they hadn't been placed in danger by the unrest. She says she’s been unable to connect with many of her friends, and fears for their safety.

Another organizer, Aref*, tells City Paper many Iranians have viewed their government as an occupying force since the Iranian Revolution of 1979.

“We have a brutal regime,” he says. “It's not our choice; it seems like they have invaded the country.”

Prior to the revolution, women in Iran could dress freely, were encouraged to pursue education, and had some representation in government. But after his installation, insurgent leader Ruholla Khomeini imposed a patriarchal civic structure based on strict Shi'a teachings.

The regime doesn’t just target women. In 1989 for instance, Khomeini issued a fatwa (religious bounty) against Salmon Rushdie, offering millions of dollars to anyone willing to slay the author of the irreligious novel Satanic Verses. Although Khomeini died shortly after issuing the fatwa, it remains in force, and Rushdie was attacked this summer while sharing a stage with Henry Reese, a Pittsburgh-based literary freedom advocate.

Protests have erupted at several intervals throughout the Islamic Republic of Iran’s 43-year history. Most recently, demonstrations broke out in 2019 after the government hiked oil prices to dampen the effects of international sanctions over its nuclear program. Human rights group Amnesty International estimated more than 100 citizens were killed during the protests.

Aref says ongoing sanctions have hurt poorer Iranians while the ruling elite hoard the country’s scarce resources for themselves. If government rulers cared for their people, he says, they would cooperate with other world leaders and ditch their nuclear ambitions.

Aref isn’t calling for American military intervention but wants to see the U.S. government take a harder line against the Iranian regime. He says residents would benefit massively from the satellite internet service, Starlink, deployed by Elon Musk in Ukraine to help boost communications in the wake of the Russian invasion. Some American lawmakers have signaled support for replicating the service in Iran.

Aref says access to social media would allow civilians to broadcast government violence and hold them to account.

“Even if you're a murderer, you don't want to do that when the whole world can see,” he says. “That's something that can at least mitigate what they're doing.”

*This name has been changed at the source's request to protect their family from reprisals.

Correction: this story has been updated at 3.10 p.m. on Sept. 23 to state the Iranian regime is currently run by Shi'a, not Sunni, leaders. 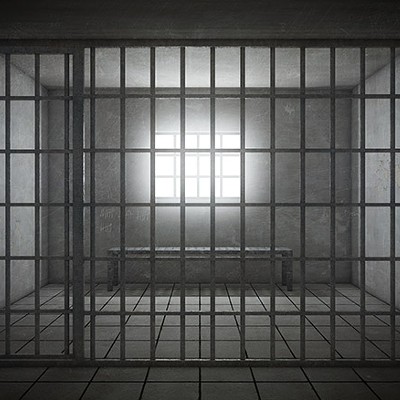