With Retrovirus, no-wave legend Lydia Lunch brings an overview of her musical catalog to Pittsburgh

“I play it with such incredible musicians, who bring new life to these songs which, to me, are perverse and pertinent and kind of fun.” 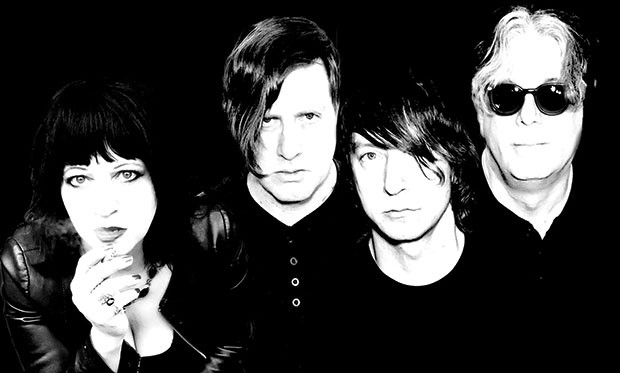 Earlier this year, Lydia Lunch released a record called Under the Covers, a collection of cover versions of famous songs. The selections — which she recorded with English musician Cypress Grove — might seem a little odd to those familiar with Lunch’s decades-spanning avant-garde oeuvre: Track listings include  Bon Jovi’s “Blaze of Glory,” the Allman Brothers’ “Midnight Rider, and “Low,” by Cracker. (“Cracker!” Lunch exclaims with a laugh. “What the fuck?”)

But these songs aren’t as at odds with Lunch’s previous output as they might initially seem. “I really love ‘Low,’” she admits. “I mean, it’s about drugs and obsession, and it’s just a great song.” And though she says she’s always hated Steely Dan, she likes the lyrics and “bizarre riffs” of “Do It Again,” so she included an extra-sinister rendition.

“I wanted to make a record that you want to play driving in your car,” she explains, adding that she also wanted to “reclaim some of these really male songs that we grew to hate as teenagers, but where the words are really great.

Under the Covers is not technically the project Lunch is supposed to be talking about in this interview — she spoke with City Paper from Brooklyn, her temporary home while she prepares to go on tour with her band Retrovirus. But, for an artist who always has at least a few projects in the works, it’s hard not to drift to other topics. Plus, the approach she took with Under the Covers — staking claim to hyper-masculine hits — is a perfect example of the kind patriarchy-dismantling irreverence that has made Lunch a profoundly influential artistic force over the past four decades.

As a teenager in the ’70s, Lunch moved to New York City and formed Teenage Jesus and the Jerks, a band that helped define the experimental, dissonant, blues-rock-rejecting sound known as no wave. After that came bands like 8-Eyed Spy, 1313 and Big Sexy Noise (to name a few), and a long, long list of collaborations, books, spoken-word recordings and an extensive filmography.

Hers, in other words, is a difficult career to summarize. “When people say, ‘Oh, I like your music,’ I’m always like, ‘Well, which era? What year? What album?’” she says. “And I’m not being sarcastic — it’s because it can really tell me a lot about what they’re into.”

Retrovirus, which comes to Spirit on July 26, draws from across Lunch’s vast catalog, offering audiences a kind of distilled sampling.

“It’s interesting to do a retrospective of my work because I have so many different kinds of music that a lot of people have never heard, or that has never been played live,” she says. “I play it with such incredible musicians, who bring new life to these songs which, to me, are perverse and pertinent and kind of fun.”

Retrovirus is hardly an exercise in nostalgia. Her band chooses the songs the musicians want to play — the lineup includes Weasel Walter (The Flying Luttenbachers) playing guitar and serving as music director, plus bassist Tim Dahl (The Hub) and drummer Bob Bert (Sonic Youth) — and Lunch provides them with the creative freedom to make her songs their own. “We just try to make something that’s most representative of the different atmospheres within an hour-long set.” By her own tally, Lunch has written more than 300 songs, but the set, she says, is “coherent somehow. I guess it’s the band that makes it coherent.”

Retrovirus’ stop in Pittsburgh is a return for Lunch, who lived in Observatory Hill for a few years in the early ’90s.

“I really liked [Pittsburgh],” she recalls. “I liked the architecture, I liked the rivers, I liked the steel bridges. I liked that five minutes outside of the city it was green. I liked all the decay out there … and I really just liked the no-bullshit nature of the town at the time.”

“No bullshit” is an ethos that emanates from Lunch, who is candid about the pain and ugliness of life, but good-humored in her nihilism. She’s preoccupied with politics and impending fascism, but also knows the value of a good time. After Lunch produced Philadelphia punk band Pissed Jeans’ last record, singer Matt Korvette described her to City Paper as “really tough and definitely, like, criminal in her behavior. But she’s also really nurturing.”

For all those reasons, and because she has always created art on her own terms, it’s tempting to call Lunch a feminist icon. But she won’t claim that title for herself. She’s not wild about “feminist” as an identifier, for one thing. “It’s such a loaded word, because there are so many kinds,” she says, adding that she feels that she speaks just as much for the male outsider as she does for women. “Obviously,” she says, “my first line of attack was the father as the microcosm of fascist, religious, heads of families; and then God the father and the father of our country: These have always been my main attacks.”

But she sees herself as only a small part of a centuries-long fight against those oppressive forces. “There were a lot of women before me that had far deeper power struggles,” she says. “I’m just a small woman with a big mouth that tries to make sense out of this nonsense.”