Much of Raymond Carver Will Not Raise Our Children is a satirical send up of today's student, as well as Pittsburgh's literary scene. 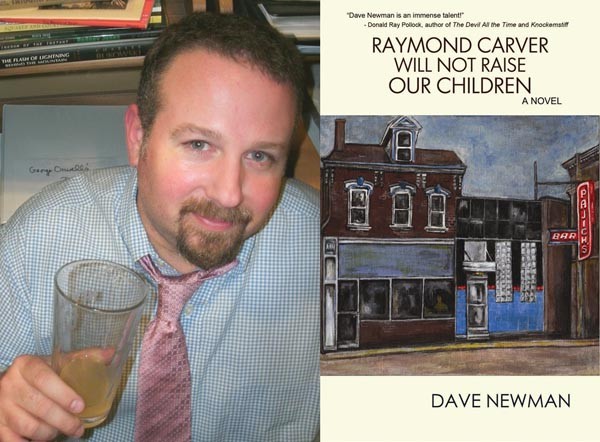 Raymond Carver Will Not Raise Our Children

Write what you know is a dictum straight from page one of any creative-writing instructor's playbook. It's advice well-heeded by local writer Dave Newman in his second novel, Raymond Carver Will Not Raise Our Children.

Newman has widely published both poems and stories, winning the Andre Dubus Novella Award in 2004, in addition to having had all sorts of workaday jobs. Newman's narrator, Dan Charles, seems a semi-autobiographical version of himself: a 40-ish Pittsburgh native who teaches writing, is married to a woman named Lori and lives east of the city with two kids. (Newman's spouse is Lori Jakiela, herself an accomplished writer and instructor.)

To the uninitiated, being both a published writer and professor at a respected university would seem to make Dan Charles financially successful. However, this life is anything but secure. He and Lori teach, take care of their kids and work menial second jobs to make ends meet, fitting in writing at odd times of the day when responsibility is through calling. Dan is no angel, as he gets into drunken misadventures with best friend and colleague, James Longo. Yet Newman's descriptions of his day-to-day life make the novel spot-on to those working multiple jobs in order to write and pay the bills. In fact, it's the difficult amalgam of art and the quest to earn a living that drives the plot:

It's almost six weeks into the semester, and I can't afford a bullet-proof vest. I can't afford anything. The students all think I'm in charge of their lives, but I make less money than a shoe store manager at the mall and with no job security. This year I have a job. Next year I may not.

Meanwhile, Charles faces classrooms full of apathetic students: "Nobody says anything. One guy in the back is asleep. Two girls are texting. ... Another guy is playing with a piece of yarn." The novel builds to an employment decision that Dan must eventually confront.

Throughout, the narrator grapples with realities of career and work, ideals less related in universities than one might believe. Dan's heroes are literary figures, Levine and Bukowski among others, whose blue-collar sensibilities and worldly concerns fall in line with his own.  He's a realist toiling in an academic world where the laws of hard work seem to be suspended for tenured professors living off their faded reputations and questionable literary merit. In fact, much of Raymond Carver... is a pointed, satirical send-up of today's student, as well as Pittsburgh's literary scene.

As an adjunct myself, and a reader of the city's many writers, I found myself chuckling in agreement with Dan's observations of undergraduates and criticisms of some regional writers. While Newman uses pseudonyms and composites for his characters, details about their work or lives make some identifiable as specific people. Near the end of the novel comes a conversation between Dan and Lori about a respected local poet's new book, which concerns itself with language as a construct — a scholarly exercise rather than an attempt at artistic realism. Dan says:

"If a student brought a poem to class and it was in the voice of a dog, a hip-hop dog, and that dog talked in clichés, I would write a short note at the end of the poem that says, ‘Some great stuff in here. Try writing about people.'

"People — characters, whatever you want to call them — should still matter in literature.

"Now we have dawgz."

While I concur with Dan's thoughts on "language" poetry, I wonder if the writers Newman skewers will find it funny, or think of it as a sharp stick in the eye?

One aspect of the novel that isn't in question is the narrator's love of Pittsburgh, with its working-class attitude that many natives embrace as a badge of pride.

"Pittsburgh is a postcard that the rest of the country never sees because no one here has the time to send it, because in Pittsburgh we work all the time," Newman writes. "The teachers wait tables. The bartenders teach school ... because here it is required that you must do to be."

As Pittsburgh bars and neighborhoods show up throughout the novel, their poetic grittiness might be lost on an outsider unfamiliar with their local reputation. However, Dan's disillusionment with teaching, and its murky path to advancement for the ham-and-egger who dutifully shows up with a work ethic that tells him things should be otherwise, is anything but local.