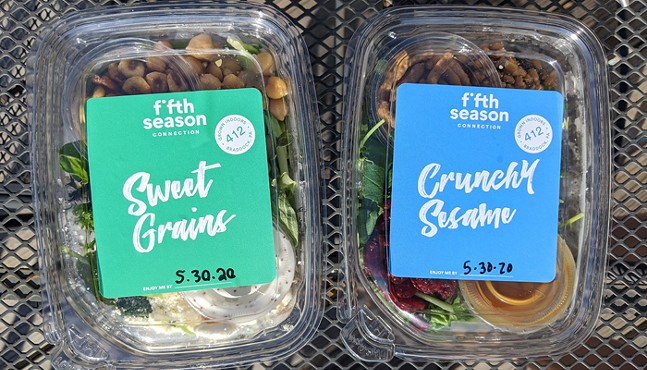 The folks at Fifth Season want to change how Pittsburghers think of salad.

The Braddock farm is working to create a “magical salad experience,” where greens become something other than a vehicle for ranch dressing.

They’re doing this through a combination of robotics and vertical farming (a technique that utilizes stacks of growing units), which allows this farm to forgo typical seasons. Fresh, local greens can be grown at any time of the year in the recently-opened, 60,000 square-foot controlled environment. The growing facility, according to CEO and co-founder Austin Webb, is said to grow “perfect, pure produce,” that will turn anyone into a salad eater.

The farm’s controlled environment also means that they are free from uncertainties that come with traditional farming. They don’t have to “bet” on their farms each season.

But even with the ability to create a reliable growing season, Fifth Season didn’t escape the impact of coronavirus. With the food industry operating at low-capacity, many area farmers, Fifth Season included, were forced to find and create alternatives to make up for the lost revenue.

The staff — "the nerdiest farmers you'll ever meet" — is focusing on commercial and direct-to-consumer sales, most recently through the accelerated launch of pre-packaged salads. These salads, available in sweet grains and crunchy sesame, feature Fifth Season greens along with a variety of toppings.

Following their social mission, donations have become a big piece of the production. The farm has donated a major portion of their produce to organizations like 412 Food Rescue and For Good PGH, as well as employees at Superior Motors. Eventually, the Fifth Season team wants their agricultural efforts to go back into Braddock through STEM and agricultural education.

Fifth Season’s new salad kits are available to the public through the Millie’s Homemade Ice Cream online store. The farm team expects that the salad program will continue to expand with new varieties and delivery methods. For updates and a direct link to the web store, check out their social pages.