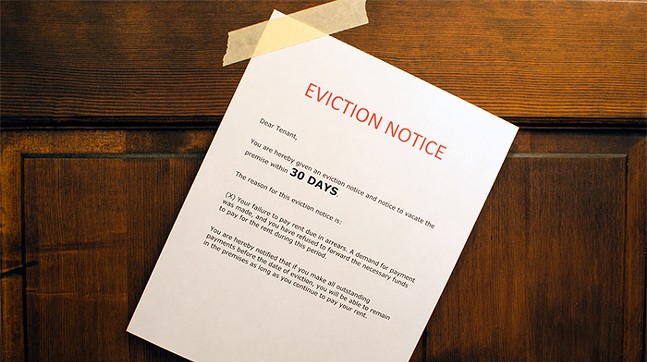 With advocates warning of a coming wave, Gov. Tom Wolf has asked state lawmakers to extend an eviction and foreclosure moratorium first put into place this spring, and to approve additional financial assistance measures for tenants and landlords.

Wolf extended the moratorium with an executive order in July, but he says he is prohibited under state law from extending it again, according to a statement his office issued Tuesday. It’s set to expire on Sept. 1.

According to Princeton University’s Eviction Lab, there are 3.4 million renters in Pennsylvania. The median rent, according to federal census data, is $915 a month. Progressives in the state legislature have called on Wolf to extend the moratorium through the end of the year, the Capital-Star previously reported.

On Tuesday, the Democratic governor also called on lawmakers to tweak a law, passed in May and signed by Wolf, providing $150 million in CARES Act-funded assistance to renters and $25 million in mortgage assistance. In its current form, the law’s $750-a-month cap in aid discourages participation by landlords. The administration also wants to allow people to seek assistance regardless of whether they’re behind in their rent or mortgage payments.

“The General Assembly must act to fix these problems immediately to provide meaningful assistance to this vital sector of the economy and prevent the displacement of Pennsylvanians as we continue to fight the COVID-19 virus,” Wolf said in a statement released by his office. ” … Pennsylvanians should not have to forego food or medicine in order to remain current on rent and to be eligible for relief.”

Jason Gottesman, a spokesman for House Majority Leader Kerry Benninghoff (R-Centre), said the moratorium will be “one of the many potential items we will discuss,” as the legislature returns to session next week.

Gotteman accused Wolf of “passing the buck to the legislature to once again bail him out of his poor prior planning.”

“The governor has spent the last six months literally legislating from [his home in] Mt. Wolf [York County]. During that time, he has removed a financial burden from renters and put it on landlords who now cannot afford to pay their bills, including property taxes that go to fund local schools,” Gottesman said. ” … Legislating has consequences which is why it must never be in the hands of one individual.”

In a statement, Senate Majority Leader Jake Corman (R-Centre) said Wolf’s letter was “the first we heard of the need for emergency legislative action to bail out the Governor from his previous decisions.” He added that the request for legislative action was “the aftermath of ruling by Executive Order. For six months we have been expressing concerns over the governor exercising such broad authority to lay down the law of the land without the involvement of the actual lawmakers.”

In a statement, Senate Minority Leader Jay Costa (D-Forest Hills), said his caucus is “ready to vote for an extension of the moratorium on evictions and foreclosures."

“Our caucus has supported a moratorium that goes through the duration of the disaster declaration; no one should worry about losing the roof over their head as they work to keep themselves and families healthy through a pandemic,” Costa said.
John Micek is the editor of the Pennsylvania Capital-Star, where this story first appeared.