With Biden bound for Pittsburgh, local Democrats want to focus on the Mon Valley's future 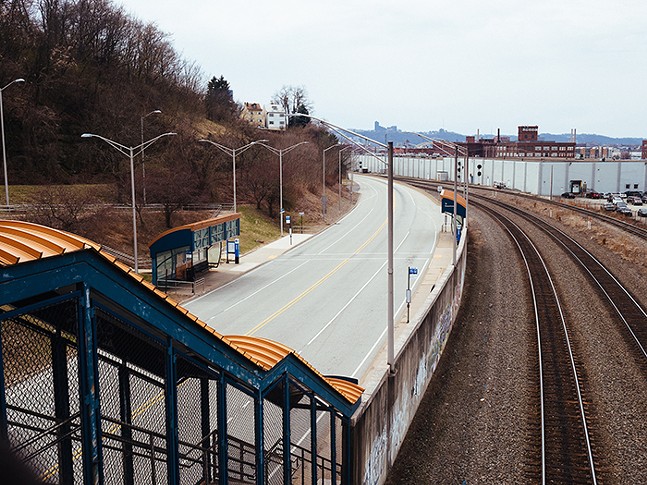 CP photo: Jared Murphy
MLK East Busway at Herron Station in Polish HIll
President Joe Biden is set to return to Pennsylvania on Wednesday, where he’s expected to make a pitch for the first leg of a multi-trillion economic recovery package: an ambitious plan to rebuild roads and bridges and other key pieces of infrastructure.

Ahead of that stop in Pittsburgh, a cadre of Democratic state lawmakers from Western Pennsylvania are making their own pitch to the White House and Congress, urging them to invest in the Monongahela River Valley and to help kick start the region’s economy.

“As we start to emerge from the pandemic, we need to talk about what comes next – and that includes investing in our nation’s infrastructure,” said state Rep. Austin Davis (D-McKeesport) in a joint statement. “I agree with President Biden – and I urge him and members of Congress to look at several vital projects in the Mon Valley.”

The two projects would create more than “21,000 long-term jobs, bring businesses to the Mon Valley, increase housing opportunities, reduce traffic on other roadways, and create a beltway-style link from the south to the Turnpike,” the lawmakers wrote.

The Mon Valley, which sits southwest of Pittsburgh, the region has struggled with transportation issues, and residents and businesses alike have found it difficult to travel to Pittsburgh and other parts of Western Pennsylvania.

“Not only would these projects allow for the movement of people or goods, but for investment in the long underserved and under resourced communities that we collectively represent,” the lawmakers wrote. “The completion of these projects will not only change the trajectory for the Mon Valley but would have a lasting impact on the entire region and all Southwestern Pennsylvania.”

But Republican lawmakers on Capitol Hill have balked at the size and scope of Biden’s overall plan, as well as his focus on the environment, AP reported. Republicans favor a narrower bill focused on road and bridge repairs.

At his first news conference last week, Biden called it “frustrating” that the U.S. had let much of its infrastructure deteriorate and said his upcoming plan will create significant jobs, which he said “used to be a great Republican goal and initiative.”