There’s a reason Bollywood cinema is so popular — the exuberant dancing, the songs, the colorful costumes and often spectacular locales (or at least, extravagant sets). Bollywood Boulevard: A Journey Through Hindi Cinema is a stage show that provides dance, music and visual imagery to reprise the evolution of Indian’s beloved cinema. Feb 22. Byham, Downtown. www.trustarts.org

Jinkx Monsoon, of The Haters Roast: The Shady Tour

Haters are gonna hate, and girrrrl, you don’t want to miss it. The Haters Roast: The Shady Tour features drag queens from RuPaul’s Drag Race, including Latrice Royale, Jinkx Monsoon and Trinity Taylor. Good thing this is going down in a library, because there will be reading. March 21. Carnegie Library of Homestead. Munhall. 412-462-3444 or www.librarymusichall.com

Jonathan Larson’s Pulitzer Prize- and Tony Award-winning Rent is back, in a 20th-anniversary touring production. This original rock musical about scrappy artists in New York City during the 1980s was inspired by Puccini’s La Bohème, and remains a popular — and uplifting — production. March 27-April 1. Heinz Hall, Downtown. 412-392-4900 or www.pittsburghsymphony.org

Speaking of Winter Stage , Things To Do 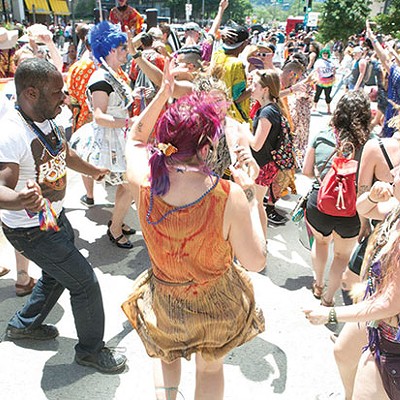