Calliope opens the 2016 portion of its season with blues guitarist Eric Bibb. He’s better known in Europe than in the States (the New York native currently lives in Helsinki), but his soulful, rootsy style has drawn comparisons to Taj Mahal and earned accolades from blues fans everywhere. Jan. 23. Carnegie Lecture Hall, Oakland. 412-361-1915 or www.calliopehouse.org

What better on a cold winter night than the warmth of some eclectic R&B courtesy of singer and songwriter Eric “Erro” Roberson? The New Jersey-born performer’s music ranges from smooth soul ballads to up-tempo numbers, and taps influences ranging from gospel, jazz and hip hop. Jan. 30. August Wilson Center, Downtown. 412-456-6666 or www.trustarts.org

“Rapper” is the descriptor most people use for him, but Kid Cudi — touring this winter in support of a new record — is more genre-bending than that title suggests. On past releases, he’s collaborated with everyone from Kendrick Lamar to HAIM. Feb. 5. Stage AE, North Side. 412-229-5483 or www.stageae.com

It’s almost too easy to compare Protomartyr to its Detroit forefathers (The Stooges, The MC5), but the rock legacy cannot be denied. The stoic-sounding group is more post-punk than punk punk, but crunchy guitar tones and minimalist riffs abound. Feb. 11. Brillobox, Bloomfield. 421-621-4900 or www.brillobox.net

Let The Spinners groove you with their smooth soul sounds. The group, which had huge hits in the 1970s (“Rubberband Man,” “I’ll Be Around”), will lay down the vocal magic on Valentine’s Day, at the Palace Theatre. It’s sure to be a “One of a Kind (Love Affair).” Feb. 14. Greensburg. www.thepalacetheatre.org

Philadelphia’s prolific slack-rock king Kurt Vile (who’ll be coming through town with his band the Violators) released his sixth record, b’lieve I’m goin down, last year. It proved something that many of his fans already know: Vile’s subtly hooky songwriting just keeps getting better and better. Feb. 22. Mr. Small’s Theatre, Millvale. 412-821-4447 or www.mrsmalls.com

The fact that Chicago’s krautrock four-piece Disappears is scheduled to play David Bowie’s Low in its entirety seems almost eerily prophetic — or maybe, as with all things Bowie, the stars have simply aligned. Feb 23. The Andy Warhol Museum, North Side. 412-237-8300 or www.warhol.org

Known for his work with Miles Davis and others, Jack DeJohnette is one of the most influential jazz drummers in the game. Don’t miss him when he’s joined by famed dancer Savion Glover (Bring in ’Da Noise, Bring in ’Da Funk) for a celebration of percussion and rhythm. Feb. 26. Manchester Craftsmen’s Guild, North Side. 412-322-1773 or www.mcgjazz.org 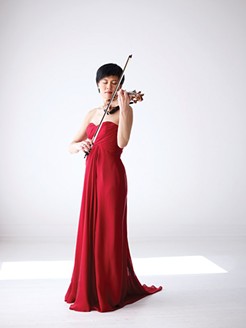 If it was good enough for 1896 … the Pittsburgh Symphony Orchestra stages a celebratory concert marking its 120th anniversary to the exact date, with a commemorative show featuring significant pieces from its history, including some works performed at its first concert, in 1896. Feb. 27. Carnegie Music Hall, Oakland. 412-456-6666 or www.trustarts.org

For many, the highlight of the season will be when Pete Townshend, Roger Daltrey and their touring band (which includes drummer Zak Starkey, Ringo’s son) bring The Who Hits 50 tour to town. These rock greats aren’t getting any younger, so see them while you can. March 16. Consol Energy Center, Uptown. 412-642-1800 or www.consolenergycenter.com

Her first hit launched a thousand memes, but there’s more to Carly Rae Jepsen than “Call Me Maybe.” On her follow-up release, E•MO•TION, she tapped into the current indie dance-pop zeitgeist and proved that she could make a record you could listen to all the way through.  March 18. Mr. Small’s Theatre, Millvale. 412-821-4447 or www.mrsmalls.com

With last year’s three-LP rock opera, The Most Lamentable Tragedy, New Jersey’s Titus Andronicus challenges the idea that upbeat punk music must also be brief. Of course, because some of those songs clock in at under a minute, no one is reinventing the wheel — and that’s a good thing. March 20. Cattivo, Lawrenceville. 412-687-2157 or www.cattivopgh.com