Beautiful things can happen when a whirring chainsaw hits a big block of ice. See for yourself at the 23rd Annual Ligonier Ice Festival. These works of art exist only at freezing temperatures, so enjoy this while you can. Jan. 25 and 26. Diamond area, Ligonier. www.ligonier.com

Do your part for the economy, and buy a new car! Or at least drop a couple bucks on a ticket to the Pittsburgh International Auto Show, where you can marvel at this year's models. Cars have never been shinier, safer or more equipped with high-tech gadgets. Feb. 14-17. David L. Lawrence Convention Center, Downtown. www.pittautoshow.com

He's the funny, smart guy in Food Network's sea of perky chatterers, and now Alton Brown is taking his act on the road. In a live performance that is equal parts comedy, food experimentation, multimedia lecture and live music, you'll laugh, learn and maybe even get picked to be Brown's "culinary assistant." Feb. 23. Benedum Center, Downtown. www.trustarts.org

A reliable sign of impending spring is the Pittsburgh Home and Garden Show. This multi-day event will re-fire your home-improvement spirit as you: peruse aisles stocked with fences, tiles and windows; check out the latest in green tech for the home; and price out your dream BBQ grill and multi-headed shower. March 7-16. David L. Lawrence Convention Center, Downtown. www.pghhome.com 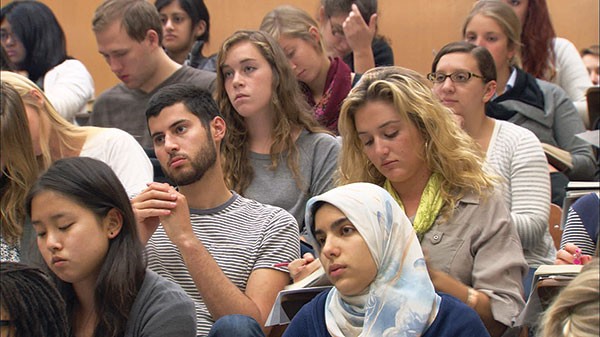 At the Carnegie Mellon International Film Festival, you can check out new foreign films, hear from visiting directors and join discussions at post-screening meet-ups. This year's fest, Faces of Work, will screen docs about ship dismantling and Poland's Lech Walesa, as well as Frederick Wiseman's new film about college education, At Berkeley. March 20 through April 5. Various locations. www.cmu.edu/faces

Spring must be near! JFilm, formerly known as the Pittsburgh Jewish Israeli Film Festival, returns for its 20th year, with a week's worth narrative and documentary films from around the world that highlight the Jewish experience. March 27-April 6. www.jfilmpgh.org

The upside of all the snow we've been getting? You can use a snowball from now to buy your way into the Carnegie Science Center on June 21. Well, one snowball and whatever you choose to pay. (Snowballs will be deposited in the river.) Put one in your freezer bank, and dream of Days of Sunny Science. www.carnegiesciencecenter.org